Home / Business / Flutter to boost FanDuel stake to 95% ahead of likely spinoff, US IPO 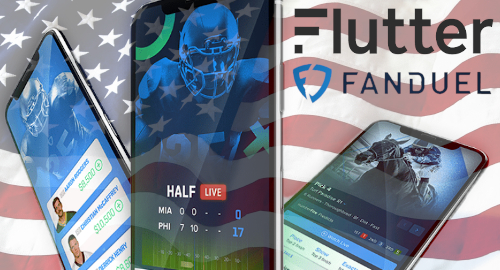 UK gambling giant Flutter Entertainment is swallowing nearly all the bits of FanDuel that it doesn’t already own ahead of a likely US initial public offering.

On Thursday, the UK-listed Flutter announced plans to acquire a 37.2% stake in the FanDuel Group from Fastball Holdings, a consortium of investors led by private equity group KKR. The deal will boost Flutter’s FanDuel stake from 57.8% to 95%, with the remaining 5% held by regional casino operator Boyd Gaming.

The US$4.175b (£3.13b) deal will be funded with just under $2.1b in cash and 11.7m new Flutter shares. For the cash portion, Flutter will use a combination of cash on hand and £1.1b via a new equity placing. Investors will get to weigh in on the proposed acquisition at an extraordinary general meeting before year’s end.

Flutter said the deal “removes considerable uncertainty with respect to buyout obligations of Fastball’s stake” and eliminates Fastball’s economic interest in the FOX Bet brand. (The latter was recently referred to as a “subscale competitor” in the US sports betting market by Flutter CEO Peter Jackson during his company’s Q3 earnings call.)

Flutter’s May 2018 deal to acquire its controlling stake in FanDuel included options to buy out Fastball in two tranches in 2021 and 2023 “at prevailing market valuations” but also put “constraints” on the sum Flutter would have to pay. Flutter claims the accelerated buyout offers Fastball price certainty and liquidity, among other benefits that might not materialize should the firms stick to their original timetable.

Other justifications include “increasing Flutter’s flexibility to optimize US structure over time,” which almost certainly will include spinning off the FanDuel Group into a standalone US-listed entity. FanDuel rival DraftKings has enjoyed a spectacular rise in its share price since the company went public this spring.

Jackson said Thursday that Flutter’s acquisition of FanDuel had been “transformational” thanks to the brand’s US success, while stressing that further US growth would be achieved “alongside our key media partner FOX.”

Fox Corporation will participate to an unspecified degree in Flutter’s equity raising, a move Fox Corp CEO Lachlan Murdoch claimed demonstrated “our long-term commitment to Flutter.” Fox currently holds a 2.6% stake in Flutter but Thursday’s deal will allow Fox Sports the option to buy 18.5% of Flutter at fair market value in July 2021.

Flutter shareholders reacted with joy at the news, boosting the share price by double-digits in early trading, although the stock is currently sitting up less than 6%. Boyd Gaming’s shares are also enjoying a modest boost in early trading on the New York Stock Exchange.

DraftKings’ share price took a dive when the Nasdaq opened but the shock quickly passed and the shares are currently back about where it closed Wednesday.