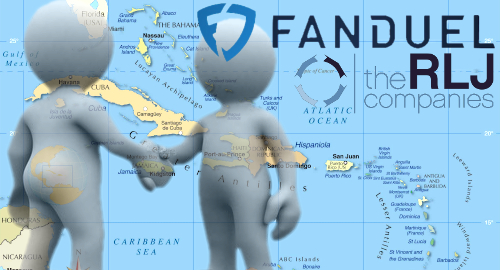 On Wednesday, FanDuel announced a deal with The CAGE Companies and its subsidiary CAGE Sports BV to operate online and retail sportsbooks in “certain jurisdictions where CAGE is licensed or is seeking sports betting licenses in the Caribbean and South America.”

CAGE is an offshoot of the RLJ Companies, a holding company founded by Robert L. Johnson, creator of Black Entertainment Television (BET), following the 2001 sale of BET to Viacom.

In 2018, following the US Supreme Court ruling striking down the federal sports betting prohibition, CAGE announced that its US subsidiary would pursue betting licenses in legal betting states. That plan appears to have morphed into partnering with betting operators such as FanDuel to build on CAGE’s established presence south of the border.

CAGE and FanDuel said Wednesday that the companies’ first joint operation will likely get underway in both Bermuda and Barbados sometime in the first half of 2021, with an eye toward expanding to “several dozen additional locations” in the Caribbean and South America in due course.

Major US-facing operators are increasingly turning their hungry eyes south of the Rio Grande with the expectation of a massive sports betting population currently starved for locally licensed options. While markets such as Colombia, Mexico and (despite interminably slow-rolling its licensing process) Brazil get most of the attention, it’s clear FanDuel is leaving no stones unturned on these white-sand beaches.