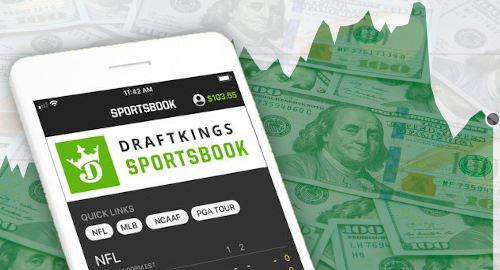 Sports betting operator DraftKings is issuing yet more shares to cash in on investor hype, while claiming its Q3 revenue will survive a run of NFL bettor luck.

On Monday, DraftKings announced a plan to sell 16m of its shares and current shareholders are selling an additional 16m shares while the selling’s good. The company’s share price closed out Friday’s trading at a record $63.78, as the return of major league sports play offered investors yet another reason for irrational exuberance.

Among the investors looking to cash out some of their holdings is Shalom Meckenzie, founder of SBTech, which became part of the DraftKings fold earlier this year. McKenzie is selling 8.5m DK shares, which will reduce his stake in the company to around 5%. DK board member John Salter and his Raine Group are selling 5.4m shares, while New England Patriots owner Robert Kraft is selling nearly 286k shares.

DraftKings will also allow its underwriters to purchase 4.8m additional shares, putting a total of 36.8m shares in play. The company says it plans to use the proceeds of the share issue – which at current prices could total $1b – for ‘general corporate purposes,’ including continuing to promote its wares like an aggressive prostitute in Times Square circa 1977.

DK’s Monday filing said it expects its sales and marketing expense for the three months ending September 30 to come in between $200m and $210m – a fourfold increase from Q3 2019 – due in part to “strong customer engagement.”

While its Q3 financials aren’t yet finalized, DraftKings says its monthly unique payers will top 1m, up 64% year-on-year. Online sports betting handle shot up around 460% year-on-year, while online casino spending was up 335%. Both of these figures are largely based on its New Jersey operations, which saw betting and iGaming handle growth of 110% and 150%, respectively.

DraftKings expects Q3 revenue to come in between $131m and $133m, up around 97% year-on-year. However, that growth slows to 41% on a pro-forma basis, i.e. if you assume the company’s SBTech acquisition was already a done deal in both periods.

DraftKings also warned that the company’s NFL wagering revenue came in around $15m below expectations, thanks to an “atypical” hold rate that fell below the company’s “historic” rate of 6.5%. DraftKings investors apparently need reminding that sportsbooks can occasionally lose money depending on how that oblong ball bounces.

Investors reacted predictably to the news of their shares being diluted, as DraftKings stock is currently down over 6% from Friday’s close.