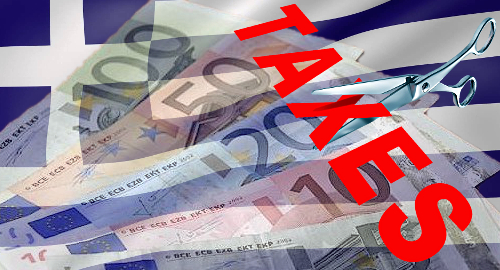 Greece’s online gambling liberalization plans have been revamped once again, this time to remove controversial tax hikes contained in the last plan.

Earlier this month, Greece’s Ministry of Development and Investment unveiled an updated draft of its proposed online gambling reforms, which retained the controversial proposal to tax revenue at a 35% rate but repealed a section of the 2011 gambling law that allowed online licensees to deduct this tax payment from their corporate tax obligations.

The change brought major pushback from the 24 operators that were issued ‘temporary’ online permits in 2011, as well as from operators considering entering Greece’s regulated market for the first time. In response, the government has further amended the legislation to clarify that operators will be allowed to deduct their revenue tax before corporate tax is applied.

However, despite frantic lobbying by both domestic and international operators, the ministry appears determined to retain the 35% revenue tax rate when the final document is presented to the House of Representatives this week. The hefty online license fees — €3m for sports betting, €2m for casino games — also appear to be carved in stone.

Assuming the new law is approved, the perpetually cash-strapped government says it expects to increase its annual tax take from online betting to €73m.

Greek gaming operator OPAP continues to object to the government’s plan to authorize online random number generator (RNG) casino games, based on the company’s belief that they’re too similar to video lottery terminals, over which OPAP has a local monopoly. OPAP has urged the government to either impose severe restrictions on online RNG games or limit their availability to OPAP.

Meanwhile, Greek technology giant OTE Group confirmed this week that it plans to get into the local online gambling market through a partnership with local lottery and betting operator Intralot. Assuming they approve of Greece’s final online gambling legislation, the parties plan to submit a joint license application via a partnership in which OTE will hold a majority stake. However, OTE shot down rumors that it was looking to acquire Intralot.

OTE is a subsidiary of Deutsche Telekom, which flirted with online sports betting operations in its native Germany before shutting its German-facing betting site for what it deemed “commercial reasons” in 2016.