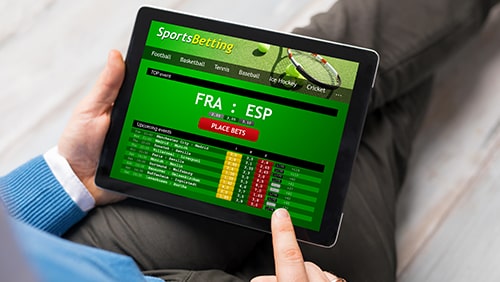 Without even wanting to get into all the standard cynical and sarcastic comments that surround Capitol Hill and how things are perceived by the people, a decision by Washington, DC leaders to give Intralot almost complete control of the district’s sports gambling activity is continuously proven to have been flawed. The gaming company has had its share of controversies, both in DC and around the world, but the DC Council felt it was the best choice when Intralot was approved as the sole provider for DC’s online sports gambling app. However, that decision could come back to haunt the district, as well as Intralot.

DC gave Intralot control, knowing that the company may have fudged certain details about its activity to win over the Council. All attempts at trying to convince council members to see the errors of their decision fell on deaf ears and not even a lawsuit could change their minds. Perhaps the fact that the sports gambling app, GambetDC, is failing miserably will finally get them to open their eyes.

While online sportsbooks everywhere are running circles around retail alternatives, DC is the exception. Intralot provides GambetDC, while William Hill U.S. is behind the physical sportsbook located at Capital One Arena. In September, William Hill saw around $12 million in action, compared to the roughly $3.1 million wagered through the app. GambetDC may have been able to see some improvements in the months leading up to September, but they weren’t enough to keep the Council from lowering its budget expectations from the app from $28 million to $12 million.

September was just the beginning, too. In October, William Hill’s total handle from its Capital One sportsbook ops came in at right around $14.35 million, up 17.8% from the previous month. For the same period, Gambet reported a total handle of $4.17 million. The difference is staggering and reflects trouble seen since this past summer. Colorado and DC launched their sports gambling markets at around the same time, yet Colorado saw a total handle of $63 million from May and June – over $60 million more than what had been reported in DC for the same period.

William Hill doesn’t even have a full retail sportsbook set up in DC yet. It’s using a temporary facility with limited options as it works on a large sportsbook at the stadium that it plans on opening sometime early next year. When it’s ready, there will be indoor and outdoor seating, bars, 12 ticket windows, ten self-service kiosks, a private event space and two VIP areas.

Intralot plans on introducing new options for Gambet, but is already well behind in the race. It wants to put gambling kiosks everywhere the DC Lottery is offered and believes it can have them in place sometime early next year, as well. However, the fact that an online sports gambling monopoly cannot perform better than a single-location retail sportsbook speaks volumes about Gambet’s possibilities.