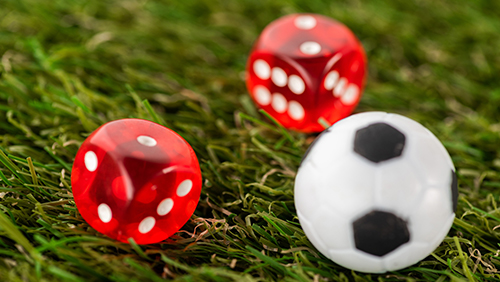 Professional sports in the US are back – the NBA, the NHL, MLS and MLB are up and running, and there has been no shortage of other activity, either, such as Premier League or Bundesliga soccer, or any one of a number of golf tournaments. Despite all the action, and several states seeing a nice turnout, Washington, DC remains at the back of the pack. Perhaps it’s because of Intralot’s jaded past, and Karma’s catching up to it. Regardless of the reason, the sports gambling money is not yet flowing in the national’s capital.

Intralot is running Gambet, the sports gambling app launched by the DC Lottery. While the per-wager amount is higher than it is in other states, partly because of the odds Intralot sets for gamblers, the total handle isn’t that great. According to WTOP, a DC media outlet, the DC Lottery took in almost $1.2 million from May 30 to August 3. By way of comparison, Colorado, which launched legalized sports gambling at about the same time, has seen a total of $63 million in handle – $25 million in May and $38 million in June. Apparently, June saw Colorado sports gamblers put down more money only on ping pong than those in DC bet as a whole between the two months.

One of the reasons for the huge difference could be how the DC sports gambling scene is set up, and this is exactly as most people had feared. Intralot is essentially operating a monopoly in DC, while Colorado has opened its doors to the industry, with 20 mobile sports gambling apps now available. According to gaming consultant Sara Slane of Slane Advisory, “Because it is really much more of a monopoly, the odds that were being offered to consumers were not terribly appealing for them to want to place a bet. I just think it’s been a lackluster experience so far and hasn’t really attracted the demand the city was hoping would be create.”

Things could get worse before they get better – if it’s even possible that they can. Virginia is bringing sports gambling online and Maryland might do the same. Both are close DC neighbors that are home to many of those that work in the DC area. With more options available, the DC Lottery’s sports gambling monopoly may not survive.

Adds Slane, “I think you’re going to see far more choices happening outside the District and more opportunities for consumers to then place bets in the neighboring states. Most people [in the D.C. region] live outside of the District of Columbia, and so are they just going to wait to place a bet then when they go home? Or are they active enough that they’ll go over the bridge into Virginia or Maryland (if it gets approved), where they can get more competitive odds via mobile and not waste their time in the District?”

This is just one of the many concerns first raised when Intralot was given permission to run the sports gambling show in DC. However, district leaders decided to ignore the advice offered by the experts, and will now pay the price.