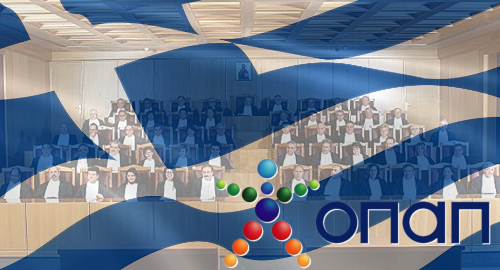 Last week, Greece’s Council of State, the country’s highest administrative court, released a ruling invalidating the online sports betting license issued to OPAP by the Hellenic Gaming Commission (HGC) in 2014. The Council found that the HGC had no authority to allow OPAP – at the time a state-owned entity – to skip the standard licensing process that private operators were forced to endure.

On Tuesday, OPAP made its first public comments regarding the ruling, saying the Council’s decision was “in direct contrast to a series of past actions by the Greek state,” including information provided to the companies who were considering purchasing the government’s 34% stake in OPAP.

OPAP added that it was “already in contact with competent bodies, including the HGC, for all the appropriate actions to be taken” and was “evaluating how to pursue the protection of its interests by all legal means.” OPAP also emphasized that online sports betting currently contributes “below 1%” of its total revenue, so investors shouldn’t panic.

The Council ruling was in response to a legal challenge filed by Austrian gambling operator Goalbet, which was one of the 24 private firms awarded ‘temporary’ online gambling licenses by the Greek government in 2011. Those licenses were revoked in 2012 in what critics saw as the government’s efforts to garner a higher price for its OPAP stake by ensuring the company retained an online betting monopoly.

Greece’s current proposed reforms of its online gambling market were issued one year ago and submitted to the European Commission for approval on April 1. The fact that the country chose April Fool’s Day to submit its plans is perhaps an acknowledgement of the haphazard manner in which the country has been dealing with this issue since 2011.

Figures issued earlier this month by Greece’s Game Supervisory and Audit Committee show the market’s online gambling revenue hit €391m in 2018, up 40% from 2017’s total, reflecting the impact of last summer’s FIFA World Cup. Online turnover came in just shy of €6.4b, up from €5.3b in 2017.