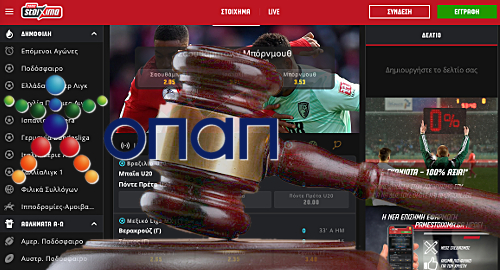 Greek lottery and betting operator OPAP has been stripped of its online sports betting license, a development that could help accelerate the country’s proposed online licensing reforms.

On Thursday, Greek media reported that the Council of State, the country’s highest administrative court, had invalidated OPAP’s online sports betting license. The decision, which was apparently made in July but is only now coming to light, will have no effect on OPAP’s retail betting operations.

The legality of OPAP’s online betting license was challenged by Austrian operator Goalbet (GLB GmbH), who took exception to the fact that OPAP — at the time a state-owned entity — never had to endure the same licensing procedure as the 24 operators (including Goalbet) who were issued ‘temporary’ licenses in 2011. Those 24 licenses were revoked the following year while OPAP’s monopoly was extended by the Hellenic Gaming Commission.

Effectively, the ruling means that OPAP’s online operations for most of this decade have been illegal. That opens up the possibility that the 24 operators who followed the rules could file claims for financial compensation, a very interesting development considering the Greek government is demanding millions in back taxes from some of these former licensees if they want to play in Greece’s new regulated online market.

Greek authorities have been tinkering with their online gambling market reforms for years now, and the latest deadline for implementing these proposals – which haven’t found many fans among prospective licensees – is sometime next year. This summer’s arrival of a new government may finally put some urgency behind these efforts.

OPAP officially launched its Pame Stoixima online sports betting product in 2014 and upgraded the digital offering last November. But the product has never really caught on with Greek punters, at least, not in comparison to OPAP’s internationally licensed competitors, or even to OPAP’s own retail self-service betting terminals (SSBTs).

OPAP’s rollout of its VLTs hit a legal speedbump this spring that halted further installations but this matter was resolved in August. OPAP had just over 20k of its allotted 25k VLTs installed as of June 30, and the company is required to have all 25k in place by the end of the year.

Sports betting revenue was down 5.2% to €191.8m, in part due to H1 2018 featuring the opening rounds of the FIFA World Cup but also due to reduced interest in OPAP’s virtual betting product. Online betting was said to be ‘flat’ but the SSBTs now account for 18.5% of turnover and OPAP plans to test launch its KINO product on the machines, of which there are now over 6,500 deployed across Greece and Cyprus.