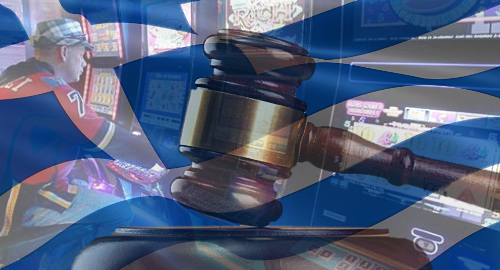 Greece’s video lottery terminal (VLT) market and the fortunes of local operator OPAP are in legal jeopardy following a ruling by the country’s top administrative court.

This week, Greece’s Council of State upheld an appeal filed by the Club Hotel Casino Loutraki in January 2017, which challenged regulations issued the previous year by the Hellenic Gaming Commission (EEEP) regarding the operation of 35k new VLTs (later reduced to 25k) by the former state-run lottery and betting monopoly OPAP.

OPAP began rolling out its VLTs in January 2017 and announced last week that its installed complement of machines now totaled nearly 19k. But the Council of State ruled that the EEEP’s 2016 authorization violated Article 29 of Law 4002/2011, “which requires the regulation of controversial issues with a regulation adopted by Presidential Decree.”

Since no decree was ever issued, the Council of State considers the VLT authorization to have been “unlawfully adopted by an incompetent person and should therefore be annulled.” However, while the ruling effectively leaves Greece’s VLT market in a legal vacuum, the court didn’t order a suspension of existing VLT operations. OPAP has yet to issue a public statement regarding the ruling.

Greek casino operators had long protested the VLT plan, which allowed the introduction of electronic gaming into residential neighborhoods and thus threatened the casinos’ appeal to local residents.

Meanwhile, Greece’s government has found yet another reason to delay the €8b integrated resort project on the site of the former Hellinikon International Airport. Six weeks ago, the government said it was finally ready to commence the oft-delayed Hellinikon casino license tender. This week, the government set a new deadline for the 60-day bidding window, pushing the end date from April 22 to May 31.

Several casino operators have reportedly expressed interest in securing the 30-year Hellinikon license, including Caesars Entertainment, Mohegan Gaming & Entertainment, Hard Rock International and Genting. It remains to be seen whether these parties will remain interested given the Greek government’s demonstrated ineptitude at pushing this puppy over the finish line, as well as questions as to what new limitations might apply that didn’t apply when this derby started so long ago.