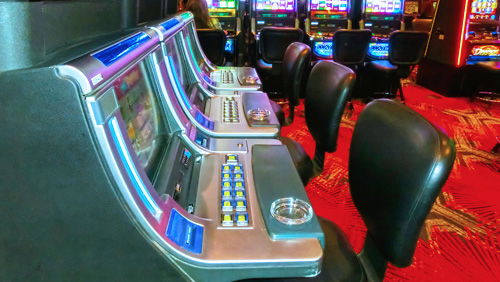 Greek authorities are looking to cut the number of video lottery terminals (VLTs) that gaming monopoly OPAP operates in the country.

On Friday, ekathimerini.com reported that the Finance Ministry has tabled a bill seeking to slash the number of VLTs to 25,000, so that there will be “a more effective supervision by the authorities” as well as giving residents “smaller exposure to gambling.”

OPAP, Europe’s fourth-biggest betting operator, was given the greenlight last year to roll out 35,000 machines in the country. The company said it will finish the installation of 16,500 terminals by May 2018, while its suppliers—IGT, Inspired Gaming, Scientific Games and Synot Group—will provide the remaining 18,500 machines.

OPAP offers sports betting and lottery products in about 5,750 outlets in Greece and Cyprus via a revenue-sharing scheme with agents. The betting operator has been punting on its new VLT business to become a catalyst for future growth, although the costs of the rollout caused OPAP’s net profit to fall 8.7 percent, reaching €39 million in the first quarter of 2017.

The rollout of VLTs, which started operating in January 2017, is still in progress, with 53 gaming halls—as of June—hosting a total of 1,355 machines, according to OPAP.

OPAP, which also saw its profits fall nearly one-fifth in 2016, has yet to catch a break.

The company, which was fully privatized in 2013, saw its full-year earnings and net profit for 2016 fall 18.4 percent to €307.5 million and 19.2 percent to €170.2 million, respectively. The chief culprit behind the profit plunge was the Greek government, which raised OPAP’s tax obligation from 30 percent to 35 percent of gross gaming revenue. According to the betting operator, the increase, which was applied retroactively to January 1, 2016, cost the company an extra €57.5 million last year.