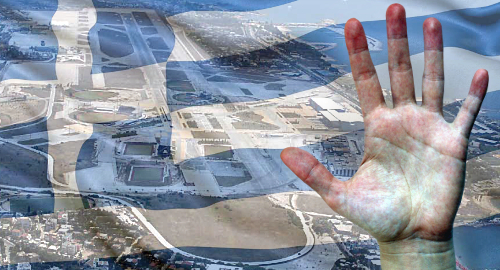 Five casino operators — four of them American — are reportedly frontrunners to win the right to build Greece’s only integrated resort casino.

Earlier this month, the Hellenic Gaming Commission (HGC) opened its consultation on the terms of the sole casino license at the proposed €8b integrated resort at Athens’ former Hellinikon airport. The consultation’s initial phase is set to run until September 10.

Both Hard Rock and Melco (the latter via its Melco International Development offshoot) are already involved in mega-resort projects in Spain and Cyprus, respectively, leading Ekathimerini to suggest they may eventually balk at the Hellinikon project’s expected €1b commitment, thereby boosting the likelihood that one of the other three US firms will seal the deal.

Assuming it lives up to its original billing, the Hellinikon resort would be the largest in Europe, featuring a smorgasbord of hotels, theme parks, convention & exhibition space and numerous other amenities. By comparison, HRI’s Spanish project carries a mere €2b price tag.

Moving forward on long-delayed but potentially economy-jumpstarting projects like Hellinikon was a precondition for Greece receiving the final portion of its eight-year €289b financial bailout by the European Union, the International Monetary Fund and the European Central Bank.

Once complete, the Hellinikon resort is projected to boost Greece’s GDP by 2.4% by drawing an additional 1m international tourists per year, as well as the creation of thousands of new jobs. The latter benefit would be extremely welcome in a country with 20% unemployment, and youth unemployment twice that figure.