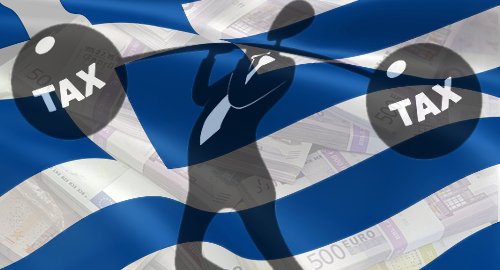 Greece’s proposed online gambling reforms have been modified yet again and would-be licensees won’t like what they read.

Early Thursday morning, Greece’s Ministry of Development and Investment sent the latest draft of its proposed online gambling rules to the Greek parliament for approval. The draft (viewable here, in Greek) differs significantly from the previous draft released one year ago.

Online sports betting permits will cost €3m (€1m cheaper than the earlier draft) while other gaming verticals, such as online casino and poker, will see their proposed license fee double to €2m. Licenses will be valid for seven-year terms and the above fees will also apply if/when operators renew their licenses, provided licensees signal their intention to renew at least one year in advance.

Online licensees will still face the previously announced 35% tax on their gross gaming revenue but the new draft repeals the section of the 2011 law that allowed operators to deduct this tax before their corporate tax is applied. In other words, the corporate tax rate now applies to an additional one-third of operators’ revenue. Operators also cannot deduct the cost of their license or any other fees from their corporate tax obligations.

Online licensees must operate using a .gr domain and will have to base their servers in Greece and the Hellenic Gaming Commission (HGC) must be permitted access to these servers. Operators will also be required to store 10 years’ worth of data in case the HGC wants a closer look.

Any operator whose domains were entered into the HGC’s online gambling blacklist in the year prior to licensing will find itself on the outside looking in at the Greek regulated market. Presumably, any operator with outstanding tax obligations will be similarly ineligible for a new Greek license.

The 24 online operators who were issued ‘temporary’ Greek licenses in 2011 will be allowed to continue operating under these licenses until March 31, 2020. Operators who fail to submit a new online application will need to terminate their local operations within one month of the new Greek law taking effect.

Online licensees’ affiliate marketing partners will be required to register with the HGC at a cost of €1k. Online licensees will be forbidden from conducting Greek-facing promotions with any affiliate not on the official list.

It remains to be seen whether or not Greece’s new plans will be subject to further alterations before implementation, or if they’ll be implemented at all. Greece has been promising to revamp its online gambling market for the better part of this decade without success, although the new government elected this summer has proven more capable on the gaming file than previous administrations.