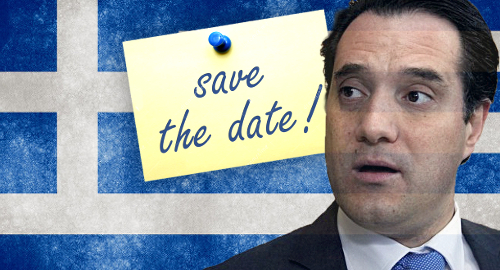 Greece’s integrated resort casino hopes got a boost this week after the government confirmed the final, for real, absolutely for sure this time, no more kidding around deadline for bidding on the lone Hellinikon gaming license.

On Thursday, Greece’s Development and Investments Minister Adonis Georgiadis (pictured) confirmed that the long-delayed tender for the lone casino license of the €8b Hellinikon resort project was officially on. The project is being developed on the site of Athens’ former Elliniko international airport.

Interested parties will have until October 4 to submit their final bids, five days later than the most recent September 30 deadline, in order to fit with the 35-day tender period envisioned by the enabling legislation.

Earlier this week, the Greek government approved two joint ministerial decisions (JMD) that had been holding up the Hellinikon project, including the one that dictated the terms of the casino tender. Approval of two additional JMDs involving urban planning and zoning regulations are expected no later than next week.

Genting has yet to officially confirm its interest in the tender but Wednesday saw HRI CEO Jim Allen vow to spend over €1b developing an Athens casino that he estimates will take between 24-26 months to construct. Allen didn’t specify whether HRI had identified a local JV partner.

Whoever emerges from this process with the Hellinikon license in their teeth, they could face restrictions that may not sit well with the casinos’ VIP gamblers. The Greek Ministry of Finance recently opened a consultation on a new anti-money laundering bill that would require gaming operators to report all individual transactions exceeding €2k.