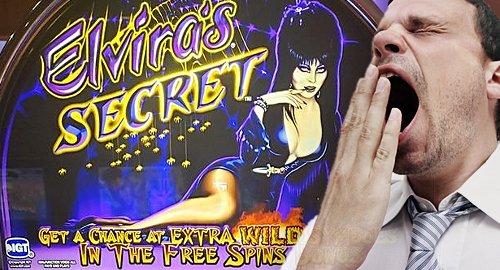 On Tuesday, the Rhode Island Lottery – which oversees most gaming activity in the state – ordered the Twin River Worldwide Holdings-managed casinos to pull 360 “underperforming” IGT video lottery terminals from their gaming floors. An IGT spokesman said the company planned to replace an additional 270 machines on its own initiative.

The order came following revelations that the Twin River casinos had suffered significant declines in both slots (-17%) and table game revenue (-34%) in July, the first full month of operations at the flashy new $2.6b Encore Boston Harbor property just across the Massachusetts border.

The Providence Journal quoted Lottery director Gerald Aubin telling legislators that the machines in question – some of which are over 20 years old – were not only failing to match minimum revenue generation requirements as stipulated in IGT’s contract, they were also falling behind machines made by IGT’s competitors.

IGT’s currently supplies around 85% of the machines on the two casinos’ gaming floors, with the rest supplied by IGT rivals Scientific Games and Everi. By law, IGT is supposed to be limited to 50% of the machines, but the state chose to ignore the provision when IGT merged with rival GTECH in 2015, boosting IGT’s share to its current state.

The notion that IGT’s aging machines were underperforming those of its rivals was previously stated by Twin River execs who have been trying to undo the state’s controversial no-bid extension of IGT’s contract, which would formalize the existing 85% machine level and also includes the right to run the Lottery’s central-operating systems until 2043.

That decision has made Rhode Island Gov. Gina Raimondo the subject of an investigation by the state Ethics Commission. Twin River is hoping this investigation will boost its own bid to take over IGT’s Lottery contract, although few observers expect the state to take this chance on an unproven commodity.