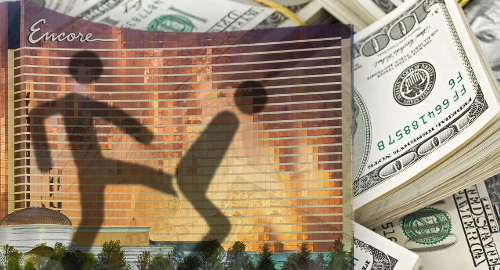 Figures released Thursday by the Massachusetts Gaming Commission (MGC) show Wynn Resorts’ new Encore Boston Harbor property generated revenue of nearly $48.6m in July, its first full month of operations since the $2.6b property opened its doors in the final week of June.

The upscale Encore is clearly both targeting and attracting a different clientele than MGM Springfield, as Encore’s table game revenue ($27.4m) seriously outpaced its slots ($21.15m), while MGM’s venue derived only $4.9m of its July revenue from tables.

However, Wynn didn’t have too long to celebrate its triumph, as the MGC announced Thursday that it had appointed an independent monitor to ensure the company is living up to the terms of the settlement Wynn agreed to in May in return for the MGC not revoking its state gaming license.

The MGC has appointed Washington, DC law firm Miller & Chevalier Chartered to review the changes Wynn has made to its human resources policies and procedures, as well as evaluate Wynn’s internal reporting and communication channels, to ensure any future complaints of sexual harassment by Wynn execs are treated with the seriousness they deserve. If that wasn’t enough, Wynn is on the hook for the law firm’s fees.

TWIN RIVER SAYS IT CAN’T COMPETE WITH ENCORE
Meanwhile, over the border in Rhode Island, casino operator Twin River Worldwide Holdings has warned that it may have to lay off up to 30 table game staff due to the impact of Encore’s opening. Encore’s table game success in July is being blamed for a 34% decline in Twin River’s table revenue last month.

Twin River expressed hope that business would pick up after Labor Day, and said it plans to weather the storm until then by asking table staff to accept reduced hours rather than issue pink slips. But it’s also hedging its bets by offering staff eight weeks pay to accept redundancy now.

Call us cynics, but Twin River’s announcement may also reflect the company’s desire to pry extra concessions from the state government. In June, Twin River sought tax credits from the state in order to boost its marketing efforts so that it could better compete with the shiny new casino colossus in Massachusetts.

Twin River has also been angling to take over the state lottery management contract from incumbent International Game Technology (IGT), even though Twin River has no experience running a lottery business. IGT won the contract without a competitive tender, and while Rhode Island’s governor supports the deal, the issue still needs to be approved by legislators this fall.