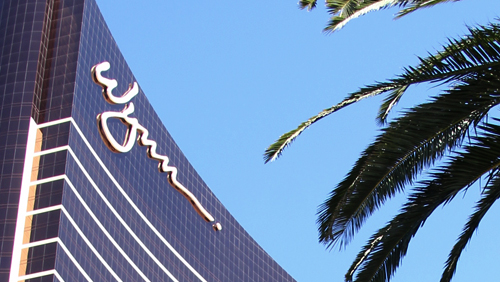 After a long, drama filled build-up, Wynn Resorts have finally cut the ribbon and opened up the Encore Boston Harbor to the public. The Boston area resort had its grand opening on June 23, and it went about as well as anyone could have expected.

The doors swung open at 10:00 a.m., and there was a very long line of eager visitors wanting to get in. The Las Vegas Review-Journal noted that 5,000 people were still in line to enter the building at noon, and that line only came to an end at 2:30 p.m. Wynn estimated that the average person spent four hours in that line.

It wasn’t the worst line to wait in though. Wynn employees brought them water and snacks, and the weather was about as perfect as it could be to spend a few hours outside. They also had a special display of daytime fireworks to watch while they patiently waited to get inside.

The first man inside was Glenn Reynolds, a 65-year-old Quincy resident who waited in line 17 hours before doors opened. As he told local media, this is something he’s got practice with, as he waits at Fenway Park every year for the Boston Red Sox home openers.

When everyone was finally inside and enjoying the amenities, it was obvious that the grand opening had been an enormous success. Phil Satre, Wynn’s Chairman of the Board, celebrated it by saying, “I’m used to seeing half-empty casinos, so this is really great.”

With the successful opening of Encore Boston Harbor, and betting that it won’t relent, the current CEO of Wynn, Matt Maddox, is already looking to the future. “I think in the future there will be cities not just in this country but all around the world that will look at this, and Japan is an example of that,” he said. “They’re going to look at more urban development. Macau was a clean slate, and Nevada has always been a clean slate. I was involved in the early development of Atlantic City. That was a redevelopment project, but it was already a tourist city, and this is not a tourist city.” He concluded:

“Boston, while it has a big tourist economy, it’s got a much broader economy. Cities that have a broader economy but want to diversify will look at this and say, ‘Can we do what Boston did?’ I think it’s a relevant consideration for those cities.”