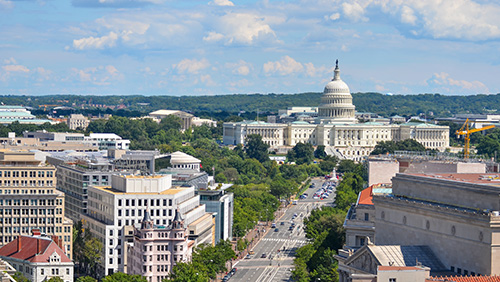 Washington, DC has given the go-ahead for sports gambling to be introduced to the district. However, unlike states that have authorized the activity, DC has no casinos, so where to put the sportsbooks leaves the district’s leaders in sort of a conundrum. Now, city officials believe they have the perfect response and are moving forward with an ambitious plan.

The DC Lottery is overseeing sports gambling in DC and is going to issue Class A gambling licenses to four sports venues, Capital One Arena, Nationals Park, St. Elizabeth’s East Entertainment and Sports Arena and Audi Field. This will put the sportsbooks directly where they can make the most of the action.

In addition, Class B gambling licenses could be issued to certain hotels, restaurants and bars across the nation’s capital. However, the Class B license applicants are restricted to locations that are not within two blocks of those four sports venues, or any other location that is ultimately given a Class A license.

According to local news outlet WTOP, three bars have already begun the process of applying for a Class B license. The first step is to apply for approval with the DC Alcoholic Beverage Regulation Administration (ABRA), which The Brig, Wet Dog Tavern and Duffy’s Irish Pub have all done.

However, there are concerns by bar owners that the cost of launching a sportsbook would be too great, so they’re hoping they can pool their resources and create a shared platform. Bet D.C., a coalition of local bars and restaurants, was created with the idea of making this happen.

The head of the coalition, gaming law attorney Jeff Ifrah, explains, “The concept of having the network of bars together and the terms and the commercial agreements, those are very far along. The current problem is that there’s a lot of contingencies around what the regulations are going to look like, and there’s been no guidance on that from the lottery.”

Other than the ABRA approval, the rest of the process remains murky and no additional guidance has been provided regarding how many Class B licenses will be issued, what type of restrictions might be put in place and what other requirements might be established.

DC’s sports gambling activity is going to be led by Intralot, which already runs the local lottery. The deal with the Greek gaming company has been extremely controversial and perhaps the delays surrounding the license framework are due to Intralot having to seek guidance from Jack Evans.