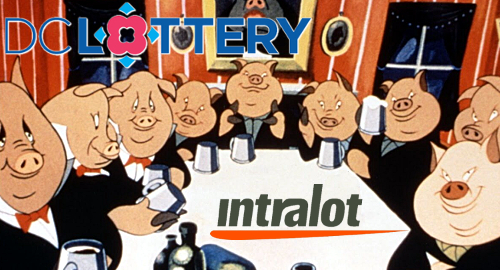 Greek gaming firm Intralot’s controversial sports betting contract in the District of Columbia has been approved thanks to a reliably corrupt majority of the DC Council.

Late Tuesday, the DC Council voted 7-5 in favor of a five-year, $215m sports betting technology contract for Intralot, the current technology partner of the DC Lottery. The vote came despite mounting evidence that the sole-source, no-bid contract was the result of sketchy connections between Council members and lobbyists, as well as lucrative subcontracts for local firms with no wagering experience.

DC’s sports betting legislation calls for a mix of digital and retail sports betting but, while local sports venues will be allowed to offer on-premises mobile wagering (spanning a two-block radius of each venue), the DC Lottery was awarded a monopoly over actual online and mobile wagering (the type you can do on your phone on the bog).

The decision to simply award Intralot the betting tech contract was justified on the notion that holding a competitive tender would create further delays in launching DC’s wagering operations. But few people who weren’t part of the DC Council, the DC Lottery or Intralot have swallowed this argument.

Opposition grew louder with media reports of potential conflicts of interest by members of the Council, particularly Jack Evans, who was stripped of his chairmanship of the Council’s Committee on Finance & Revenue before the Intralot vote. However, Evans refused to recuse himself from casting his vote, which turned out to be the deciding factor in Intralot’s taxpayer-funded bonanza.

Intralot has promised to hold nearly one-third of the wagers it handles in DC, an absurdly high rate that will make the DC Lottery’s wagering product repellent to all but the most clueless bettors. Everyone else will continue to partake of the infinitely better odds available at any number of internationally licensed online sportsbooks that continue to serve the US market.

Before the vote, Council member Elissa Silverman warned her counterparts that the whole Intralot affair “stinks.” It was hard not to hear echoes of one Lisa Simpson, who a few decades ago claimed that “the city of Washington was built on a stagnant swamp some 200 years ago, and very little has changed. It stank then, and it stinks now.”