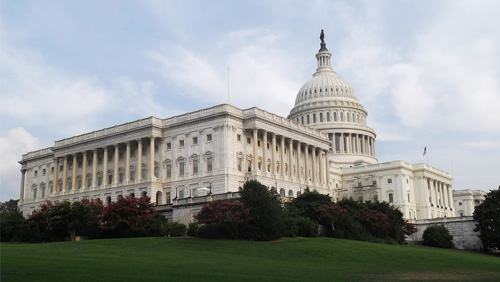 The debate over whether or not Intralot should be running the gambling show in Washington, D.C., rages on. The Greek gaming operator was awarded a contract worth $215 million to oversee sports gambling in the district, but the deal has been called into question repeatedly since it was announced earlier this year. There was never a bidding process for the contract—Intralot was given it directly by the district in order to fast track sports gambling operations. Once again, the D.C. Council is having to take a fresh look at the legitimacy of the award and will discuss how to proceed during a meeting scheduled for Tuesday (9).

Intralot runs the D.C. lottery and the decision to give it rights to the district’s sports gambling industry was made in an effort to have D.C. enter the game ahead of some of its neighbors. However, revelations that certain people would benefit from the arrangement, and the lack of a required bidding process, has brought the deal back into the spotlight.

When the D.C. Council meets today, it will try to determine whether or not to proceed with the agreement or if it should do what it was legally required to do in the first place—hold a competitive bidding process. The council and D.C. Mayor Muriel Bowser had used a loophole in awarding Intralot the contract, asserting that it was in the best interest of the district.

However, the main sponsor of the sports gambling legislation for D.C., Councilman Jack Evans, has come under fire for his involvement and for some questionable activity. He is already being investigated by the FBI for undisclosed reasons—the FBI won’t reveal the nature of the investigation—and other concerns about his actions have been raised, which has caused the sports gambling legislation to be scrutinized.

Evans is the former chairman of the Washington Metropolitan Area Transit Authority. As chairman, he reportedly violated ethics rules by negotiating a deal for a particular parking company and received $50,000 in return. He is now also being looked at closely for his relationship with attorney William Jarvis who has lobbied for both Intralot and Veterans Services Corp. (VSC), a company that has been selected to operate under Intralot in the sports gambling industry in D.C. It is also involved with Intralot on the district’s lottery.

The Washington Post points out that Jarvis successfully convinced Evans to support Intralot and VSC in 2018 for the sports gambling contract. The lawyer has been linked to the councilman for a number of years, at one point setting up a legal firm, NSE Consulting, for Evans that has been repeatedly investigated over conflicts of interest.

There isn’t much being said by the D.C. Council on either the councilman’s actions or whether or not it will change its position on the sports gambling contract when it meets today. Given the public backlash, however, the council might be ready to think twice about allowing Intralot to move forward without a competitive bidding process.