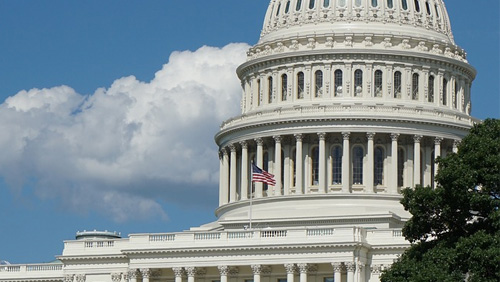 Nepotism is alive and well in Washington, D.C. Despite controls in place to prevent any display of favoritism or the possibility of kickbacks being paid, it would appear that the upcoming sports gambling industry in the legislative hub of the U.S. is not above

making some shady deals. According to an article in The Washington Post, officials in D.C. are proposing to issue a sole-source contract to a company to manage online sports gambling, as well as the lottery, in a deal that would “benefit several politically connected individuals as well as executives of a company that the city ousted from running a homeless shelter.”

Both the city’s mayor, Muriel E. Bowser, and the D.C. Council have given approval to city officials to forego established procurement rules to award the gaming contract to Intralot. News of a possible deal had surfaced in 2018, but blowback had forced DC to reconsider, stating that it would move forward with the required bidding process.

The city then changed its mind again, arguing that a deal was needed to be put in place as quickly as possible in order for D.C. to remain competitive in the domestic sports gambling industry. To that end, The city’s chief financial officer, Jeffrey S. DeWitt, has submitted a proposed five-year contract to give the license to Intralot for the D.C. council to consider.

Seven companies in the contract would serve as subcontractors under Intralot, giving them access to over one-third of the $215 million the deal is worth. Emmanuel Bailey, who oversees the D.C. lottery, would be a subcontractor for the sports gambling activity, despite previous ethical concerns raised against him. A law firm that Bailey brought in when the subject of sports gambling was being discussed by the D.C. Council—Goldblatt, Martin, and Pozen—will also be a subcontractor, according to the contract.

Another entity, District Services Management, is in the mix, as well. It is run by executives who were previously behind Life Deeds, a company that lost contracts in D.C. over how it managed a homeless shelter and subsidized housing issues.

Yet another individual, Mark Jones, has been a major part of the local political scene for decades. He was the deputy director of the D.C. Lottery in the 1990s and also served as a Representative on the D.C. state board of education until earlier this year. He is a subcontractor under Intralot, through his M. Jones Companies, but The Washington Post didn’t specify what his role in the activity might be.

The D.C. Council will review the proposed contract and make its decision by July 25, according to the required 45-day review period. If it’s approved, in-person sports gambling could go live as soon as September, with online wagers being accepted in about six months.