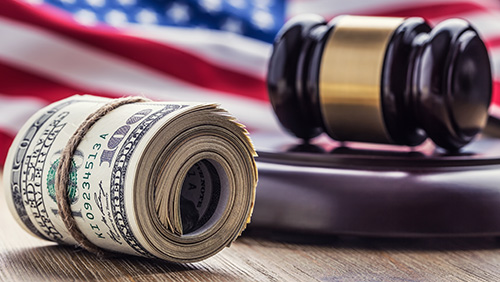 Lawmakers of the District of Columbia passed a bill to legalize sports betting in the U.S. capital during the last day of session for the year.

The Sports Wagering Lottery Amendment Act of 2018, introduced by D.C. council member Jack Evans last September, was passed with an 11-2 vote, with council member David Grasso expressing reservations over problem gambling as reason for his opposition to the measure.

The bill will now need to be signed by Washington D.C. Mayor Muriel Bowser, whom Legal Sports Report said has not shown opposition to the legislation. Because the District of Columbia is not a state, the process of the bill becoming a law will require federal approval, through a review by the U.S. Congress, which is given 60 days for the task.

Evans was quoted by ESPN as saying prior to the vote on the bill, “We’re venturing into new territory with sports gaming… I’m really excited that the District will be out of the box with this… and there will be changes as we go along.”

The District of Columbia Lottery and Charitable Gaming Control Board will be renamed the Office of Lottery and Gaming, and will be in charge of issuing either Class A or Class B licenses to operators.

Class A licenses, with an application fee of $250,000 and valid for five years, are limited to sportsbooks located in either of four facilities: Capital One Area, where the National Basketball of Association’s Washington Wizards and the National Hockey League’s Washington Capitals play; Audi Field, where Major League Soccer games are held; Nationals Park, where Major League Baseball Games are held; and St. Elizabeths East Entertainment and Sports Arena, containing the home-court of the Washington Mystics, of the Women’s National Basketball Association.

Outside of these facilities, Class B licenses, with application fee of $50,000 and also valid for five years, will be issued.

Operators will be taxed 10% of gross sports wagering revenues, where the first $200,000 in collections will fund the Department of Behavioral Health programs dealing with gambling addiction. Of the remaining amount, 50% will be allocated to the district’s ‘Birth to three for all’ early childhood education program, and the other 50% for its Neighborhood Safety and Engagement Fund.

Sara Slane of casino industry group the American Gaming Association (AGA) welcomed the bill’s passage, saying the 10% tax rate was “reasonable.” She also praised the exclusion of a previously deliberated integrity fee, which she said was “rightfully rejected” in other U.S. jurisdictions that have passed sports betting legislation.

Slane added that the AGA remained “deeply concerned” with how the lottery office had “a virtual monopoly in the mobile market,” which will “predictably” lead to “less investment and innovation, to the detriment of consumers and the ability of a nascent legal marketplace to compete with the accessibility and convenience offered by many established illegal wagering operations.”

The bill provides for the Office of Lottery and gaming to offer mobile or online sports betting, “either by taxing mobile and online licensed retailers at a rate of 20%, without limit to the number of licenses issued, or through contact with a limited number of partners operating an Office of Lottery and Gaming mobile and web-based sports wagering operation, whichever can be shown to return the most revenue to the District.”

Legal Sports Report said that the lottery office’s supplier would be Greece-based Intralot, which has claimed it could generate higher revenues than what a multi-operator system was capable of.

More states are expected to legalize sports betting next year, following the lead of states such as New Jersey and Pennsylvania, which have begun collecting tax revenues from such operations.