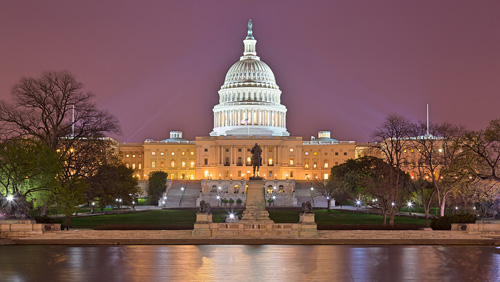 Evans said at a council breakfast that the federal district had to act quickly in order to get a foothold on the industry, which had been banned in most parts of the country until the Supreme Court lifted the ban last May.

“We can be first and get a lot of money or 51st and not get any,” Evans said. According to the Washington Post, the nearest place for people in the district to bet on games was over an hour away, in West Virginia. Neighboring states Maryland and Virginia have not legalized sports betting, although Maryland does have casinos.

The bill would amend the existing law that allows lotteries, daily number games, and bingo and raffles for charitable purposes. To these, “sports wagering” will be listed.

Rules and regulations shall be adopted that would govern sports betting, such as maximum amounts that can be wagered, the type of wagering tickets, and accounting methods of operators.

License fees are set at $50,000, renewable every five years. Operators would be charged a 10% tax. Half of the collected taxes will fund the district’s ‘Birth to three for all’ early childhood education program, with the other half funding the Commission on the Arts and Humanities. Any excess funds will then go to the general district fund.

D.C. Council Chairman Phil Mendelson said that although he did not like legalized gambling, he would support Evans’ bill anyway. “It’s clear that residents have long accepted… gambling of the nature like the lottery and internet sports gambling… so it’s important to amend the law to reflect the Supreme Court’s actions,” Mendelson said.

Evans said that he had drafted the bill along with the office of Mayor Muriel Bowser, whose chief of staff John Falcicchio said, “Sports betting can help us fund critical programs, create jobs for District residents and allow visitors and commuters to further participate in our economy.”