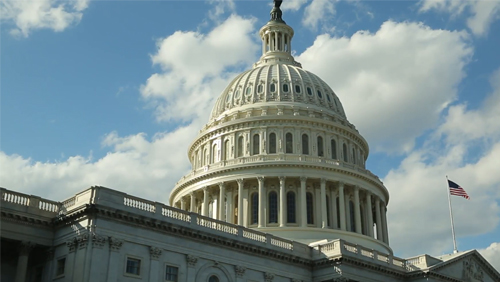 The city council in Washington, D.C. has applied the brakes to its sports gambling legislation. The council decided yesterday to postpone a decision on a measure to allow competitive bidding for management of the city’s expansion into sports bets. It explained that it wants to give the community more time to provide feedback on the issue before making its ruling.

The concern centers on the possibility that the council would choose an entity to manage the activity, instead of letting companies bid for the rights to the contract. Typically in the U.S., any government contract has to be open to bidding in an effort to ensure that there isn’t any shady or under-the-table deals made.

According to the council member for D.C.’s Ward 3, Mary M. Cheh, “We would lose some months … [but] we would at least have it out there in the open and have a hearing.” Her position was supported by Ward 1’s representative, Brianne K. Nadeau, who said that it would be a bad idea to handle any sports gambling proposal as an emergency bill that doesn’t require a public hearing. She asserted, “I’ve just not seen anyone demonstrate that this is an emergency situation.”

D.C. officials approved sports gambling last month. In doing so, it became the first jurisdiction in the Washington area to give the green light to the activity. It is now joined by seven other jurisdictions, in addition to Nevada, to allow gambling on professional sports games. Two other areas tied to Washington – Maryland and Virginia – have not yet approved their entrance into the industry, which means D.C. will be the first to make the cash grab.

D.C. doesn’t have any casinos (although some would say that Capitol Hill is a gamble). However, it does offer a lottery. That lottery is run by Intralot and overseen by the D.C. Lottery, which has tried to push for Intralot to take control of sports gambling. The Executive Director for the organization, Beth Bresnahan, has argued that delays are going to cost the city millions. She said in a letter sent to D.C. Council Chairman Phil Mendelson last week that the costs of any delay are “significant,” adding that the bidding process could take as long as three years and could cost D.C. almost $61 million in revenue that could have been generated by sports wagers.

Bresnahan further asserted, “If Virginia and Maryland offer sport wagering before the District, these states will be better able to establish customer relationships with their residents, thus depriving the District of potential revenue from commuters, who double our adult population every work day. This revenue may never be recovered.”

Council members weren’t swayed by the arguments. Council member Anita Bonds replied, “Most of us will not change our minds, but at least the public will have had an opportunity to understand where we are coming from.”

Chairman Mendelson has agreed to withdraw the emergency measure and to introduce a bill to seek public bidding. However, he warned that there could be a new “onslaught of lobbying” until the issue is resolved.