Home / Business / Capital One Arena in Washington to include a sportsbook 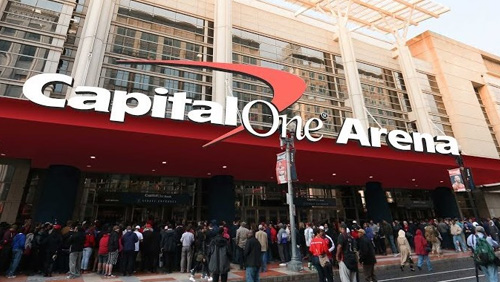 The owner of two major sports organizations, the Washington Wizards and the Washington Capitals, has confirmed that the arena they both call home is going to get a sportsbook. Ted Leonsis made the revelation on Wednesday night and, if things move forward, the Washington, D.C.-based stadium could become the first in the country to see sports gambling operations.

The stadium, Capital One Arena, is home to The Greene Turtle sports bar. That bar, located on the bottom floor of the arena building, was purchased by Monumental Sports & Entertainment, a company owned by Leonsis, earlier this month. The deal saw Monumental pay for the remaining three years of The Greene Turtle’s lease.

There have been rumors that Leonsis wanted to add a sportsbook to the stadium, but those were not confirmed until now. Leonsis stated while participating in a Sports Betting Executive Summit organized by the American Gaming Association, “There will be a sportsbook inside the building accessible from the outside and depending on the league and depending on the event, it might be accessible from the inside as well.

Leonsis has invested heavily into the gambling industry. He has holdings with DraftKings, SportRadar, WinView and others and understands that the success he may—or may not—have with the Capital One sportsbook could have implications for other similar sportsbooks around the country.

He adds, on reference to removing the stigma on gambling, “You can’t hide your head in the sand. When we were building chat rooms and instant messaging (at AOL), we never thought they a foreign government would be able to try to influence an election.”

Leonsis isn’t convinced that mobile gambling needs to be offered and, in fact, wants to stick with a brick-and-mortar sportsbook only. He wants to find a partner that shares the same vision and states, “I don’t think people are going to come to us and say, ‘The guy missed a 3-point shot, I didn’t cover the spread.’ We need to find a partner that says, ‘Yes, that’s what we want to do too and not just want to do the cookie cutter and do what has always been done.’”

Washington, D.C. approved sports gambling late last year. Part of that approval authorized a physical sportsbook at the Capital One Arena, opening the doors for Leonsis. Mobile sports gambling is going to be exclusively controlled by Intralot in the district, which is why the executive is not thrilled about offering a mobile platform.