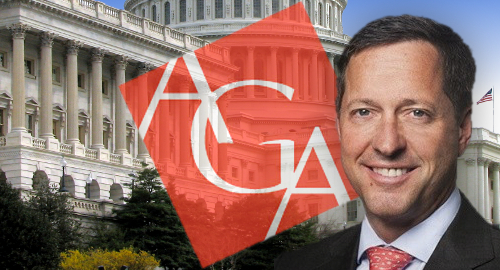 The US casino industry’s top lobby group has – surprise – named a top lobbyist as its new boss.

On Tuesday, the American Gaming Association (AGA) named Bill Miller as its new president and chief executive officer effective January 14, 2019. Miller will replace interim CEO Stacy Papadopoulos, who stepped into the void this July to fill the seat left vacant by the departing Geoff Freeman, who left the fold the previous month.

Miller has spent the past two decades hobnobbing on Capitol Hill and is currently senior VP for government relations at the Business Roundtable, a group of CEOs of major US corporations that advocate on behalf of business-friendly policies. Prior to that, Miller was also a senior VP at the US Chamber of Commerce and chief of staff for a Republican congressional rep from Maryland.

Miller assumes the AGA’s reins at a pivotal moment for US casino operators, who have been falling all over themselves this year to adapt to the US Supreme Court’s May ruling that struck down the federal betting prohibition.

Miller noted Tuesday that this was “a remarkable time for gaming in America,” and credited the AGA with helping to achieve growing “acceptance of gaming as mainstream entertainment.”

Miller is only the third permanent leader the AGA has had following its formation in 1995. Original CEO Frank Fahrenkopf enjoyed the longest tenure, having announced his exit in January 2013 before Freeman took over that April.