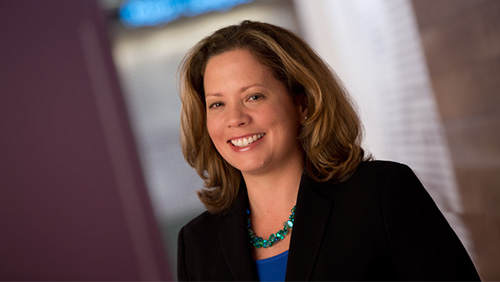 Earlier this month, Geoff Freeman resigned as the head of the American Gaming Association (AGA). The group has now selected a new

CEO to steer the ship, at least until a more permanent replacement is found. Stacy Papadopoulos, who has served as the AGA’s general counsel and senior VP of industry services, will fill the shoes as interim CEO while other candidates are considered to hold the position permanently.

Freeman resigned at the beginning of the month in a surprise announcement. The 43-year-old executive decided to leave in favor of a similar position with the Grocery Manufacturers Association. He had only been in the role for about a month and a half.

There are also several industry executives with ties to the Asia-Pacific market who are participating in the search. Among them are Mark Frissora, president and CEO of Caesars Entertainment Corp, Jim Murren, chairman and CEO of MGM Resorts International, Trevor Croker, CEO and managing director of Aristocrat Leisure Ltd. and Ron Reese, senior vice president, global communications and corporate affairs at Las Vegas Sands Corp. All of the companies also have operations in Macau, and, with the exception of Aristocrat, are also interested in trying to expand into Japan once the country begins to authorize casino licenses.

When Freeman took the position at the AGA, he said that he was “honored by the opportunity to build on AGA’s many successes.” His predecessor, Frank Fahrenkopf, said that Freeman “already has a strong familiarity with our industry and the issues we face.”

His experience and knowledge were assets the AGA hoped to take advantage of when he was appointed as CEO, and his rapid departure certainly left many shaking their heads in disbelief. One point of contention for the group was certainly going to be online gambling in the U.S. and perhaps Freeman decided that he wasn’t willing to tarnish his image by any lack of success. Las Vegas Sands owner Sheldon Adelson—a highly vocal anti-online gambling lobbyist—threatened to pull his support if the AGA showed support for online gambling.