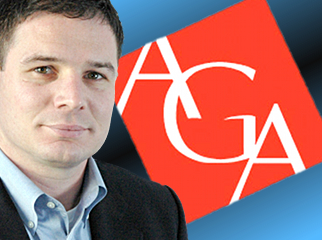 The American Gaming Association (AGA) has unanimously selected US Travel Association executive VP and COO Geoff Freeman as its new president and CEO. Freeman replaces outgoing AGA leader Frank Fahrenkopf, the only chief executive the US brick-and-mortar casino lobby group has known since it was formed in 1995. In January, Fahrenkopf announced his intention to step down from the AGA’s helm on June 30, but the former Republican National Committee chairman has agreed to stay on as a consultant until at least the end of the year to ensure a smooth transition of power.

Richard Haddrill, chairman of both the AGA board of directors and gaming company Bally Technologies, praised Freeman as “a thoughtful and energetic leader who already understands our industry, has a deep public policy background and extensive network of relationships in Washington, and has the skills to build coalitions and execute grass roots campaigns.”

For his part, Freeman said he was “honored by the opportunity to build on AGA’s many successes.” Freeman said that in an increasingly global industry, his previous gig would help in “strengthening our partnership with other aspects of the travel community.” Fahrenkopf had kind words for his successor, saying Freeman “already has a strong familiarity with our industry and the issues we face.”

Freeman takes the AGA’s reins at a pivotal moment for the industry. After years of Luddite-worthy resistance to the march of progress, the AGA did an about-face a couple years back and belatedly embraced the concept of online gambling (or, at least, online poker). But while the AGA members threw their lobbying weight behind federal control over online poker, they were unable to achieve their objective. Instead, Freeman faces what Fahrenkopf used to describe as the nightmare scenario of a ‘patchwork quilt’ of state-by-state regulations, not all of them in synch with the AGA’s ideals.

In New Jersey, Freeman inherits the AGA’s war against the Rational Group, the parent company of online poker giant PokerStars, which is waiting on regulators to approve its bid to enter the Atlantic City casino market. The decision to pick this fight wasn’t supported by all AGA board members, and even if Fahrenkopf was among those who questioned this decision, it’s doubtful he would have had the authority to dissuade the AGA’s biggest backer, Caesars Entertainment, from launching this attack. As such, it’s equally doubtful that Freeman’s appointment will significantly impact this strategy. Sad that Freeman has to begin his tenure engaged in what has been described as a “thinly veiled anti-competitive campaign,” but like the song says, you’re going to have to serve somebody.