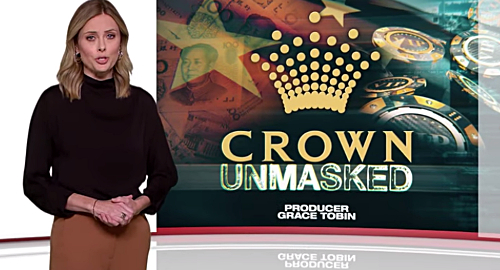 Australian casino operator Crown Resorts is defending itself against a major media investigation into its historical dealings with Chinese VIP gamblers.

On Friday, Aussie media began teasing the imminent release of a joint investigation by The Age, The Sydney Morning Herald and 60 Minutes into Crown Resorts’ allegedly illegal actions connected with its efforts to lure Chinese high-rollers to its Australian casino properties. The report was based on a leak of internal emails and statements by former Crown reps and government officials.

The more salacious aspects of the probe (full video viewable below) connect Crown to The Company, an organized crime group run by the leaders of prominent Hong Kong triads. The Company stands accused of importing major quantities of illegal drugs into Australia, while laundering its proceeds through transactions at Crown casinos.

But the meat of the investigation involved Crown’s links to junket operators — including the market-leading Suncity Group junket — that recruited well-heeled gamblers on the Chinese mainland and served as financial middlemen between these VIPs and Crown casinos to evade China’s capital controls. (In other words, doing exactly what junket operators do.)

Jenny Jiang, a former Crown rep on the Chinese mainland, told 60 Minutes that Crown was guilty of directly marketing its gambling options to Chinese VIPs in violation of local law. While Crown had claimed that it was only marketing its hotel properties’ non-gambling options, this claim was always patently ridiculous.

Australia’s federal government also came in for a scolding over claims that several members of parliament — including some cabinet ministers — pressured border officials to fast-track visa applications for Crown’s Chinese VIPs, who included Ming Chai, a cousin of China’s President Xi Jinping. The report alleged that this raised “serious national security concerns” by allowing criminals to enter Australia.

Crown issued a statement denying that it had broken any Chinese laws, while declining specific comments due to its ongoing involvement in a class action suit brought by Crown investors who accused the firm of causing its share price to crash following the 2016 arrests of several Crown execs on the Chinese mainland.

Jiang was one of the Chinese nationals arrested during this sweep, and spent a month in prison before being released. She claims Crown offered her A$60k as compensation but she refused this offer because it came with a requirement for her to not to talk to the media regarding her experience.

The media outlets’ hyping of the story appears to have overshadowed the content of the 60 Minutes episode. Social media was awash with viewers rubbishing the media claims that the episode would ‘shock” the nation. The gist of these comments were that claims of shady dealings by Australia’s casino industry were equivalent to reporting that water is wet.

Crown’s share price did indeed nosedive following the 2016 arrests as the company reduced its marketing activities on the mainland but the slide has persisted thanks to a run of bad press and China’s contracting economy. Former boss James Packer recently sold a 20% stake in the company to Melco Resorts & Entertainment, which is run by Crown’s former joint venture partner Lawrence Ho.

It’s unclear what effect the 60 Minutes report might have on Ho’s ability to get regulatory clearance on the Crown purchase. Ho’s father Stanley, who founded Macau’s original casino operator SJM Holdings, has been linked to triads. Lawrence Ho has denied any triad association and says he welcomes Aussie regulators’ scrutiny .