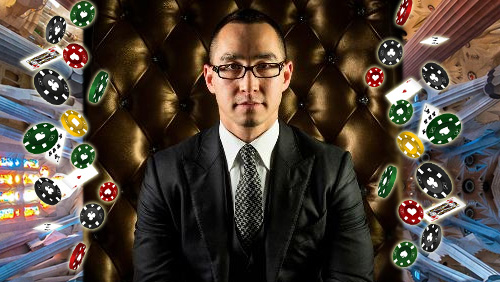 Melco is interested in acquiring a 20%-stake in Australia’s Crown Resorts, but the deal is coming under scrutiny by the country’s gaming authorities. Anytime an acquisition or merger is discussed in the casino industry, regulators have their hand in the equation to ensure there won’t be any issues, but the Melco-Crown deal is raising flags because Australian authorities believe Melco chairman and CEO Lawrence Ho could have ties to the largest Chinese mafias, better known as Triads.

Lawrence Ho reportedly has ties to operations founded by his father, Stanley Ho, who ran a gambling monopoly in Macau until 2002 through his SJM Holdings company. Stanley has often been seen as someone with links to organized crime and authorities have alleged that he is connected to the 14K and Sun Yee On mafias. Those allegations have continuously been denied by the Ho family.

More than a decade ago, MGM Resorts, which was known as MGM Mirage at the time, was looking to operate the Borgata casino in Atlantic City, New Jersey. Authorities with the New Jersey Division of Gaming Enforcement (NJDGE) released a report in 2010 that took four years to compile and which argued that there were concerns over the company’s viability due to its dealing with Pansy Ho of the Ho family for the MGM Macau. The NJDGE asserted that Stanley was an associate of the triads and that he had introduced VIP gambling rooms at his Macau venues that “provided organized crime the entry into the Macau gaming market that it had previously lacked.”

Whether or not Australian authorities will take four years to conduct their investigation remains to be seen, but there is a general belief that the Melco-Crown deal won’t be approved quickly. Lawrence Ho expects to prevail, though, and states, “Both Crown and I have always stressed that my business dealings are independent of my father’s interests. We have already been in partnership with Crown for 12 years and have passed probity screens from regulators without an issue.”

Crown and Melco have already partnered on deals in the past. Over ten years ago, the two formed Melco Crown, a company that collaborated on resorts in Macau, as well as Studio City and City of Dreams in the Philippines.