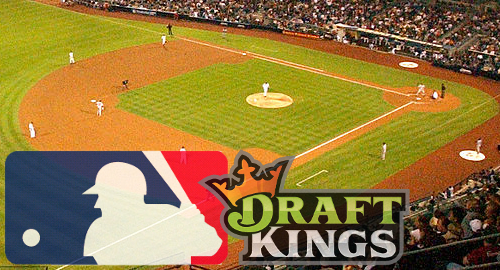 On Thursday, DraftKings announced that it had become the latest gaming operator to sign an official partnership with MLB, following the lead of casino operator MGM Resorts last November. As with the MGM deal, terms of MLB’s pact with DraftKings weren’t disclosed other than to say the deal covered a ‘multi-year’ duration.

The deal will allow DraftKings access to MLB’s official data feed for wagering purposes, particularly the in-play variety. DraftKings will also gain the right to use MLB league and team trademarks in its marketing and promote its betting markets via official MLB channels.

Bloomberg quoted DraftKings chief business officer Ezra Kucharz saying the deal would provide his firm with “better, faster data” for in-play betting.” Kucharz said this would enable DraftKings to offer “more, faster propositions that are tied to individual at-bats, and maybe even pitch-by-pitch.”

DraftKings and MLB go way back, as the company became the league’s official daily fantasy partner in 2015. MLB eventually bought a piece of DraftKings but sold off its stake in 2018 when the league started getting serious about earning some of that sweet, sweet legal sports betting money.

Along with the National Basketball Association, MLB has been among the most persistent major sports leagues in pressing for states to include mandatory league-supplied data provisions in betting legislation. Failing that, the two leagues have threatened to prevent their data partners from supplying data to any betting operator who doesn’t do a direct deal with the leagues.

But the deal also involves a data component through the PGA Tour’s proprietary ShotLink data feed, which will enable the two parties to “collaborate on a variety of real-time product enhancements.”

In February, the PGA Tour “revised” its sponsorship regulations to permit deals with “gambling entities,” a definition that includes fantasy sports but not companies whose “primary purpose” is sports betting, such as Bet365 or William Hill. But now that the Tour is a little bit pregnant, we can likely expect a full-on sports betting deal any month now.