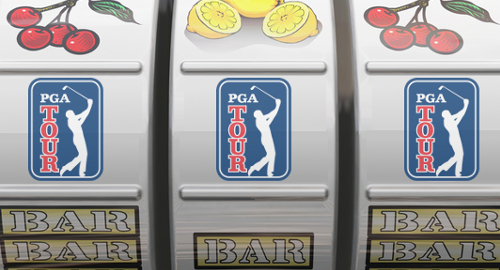 Professional golf has rethought its no-gambling sponsorship stance, while the NBA has inked a down-under deal with The Stars Group.

On Tuesday, the PGA Tour announced that it had “revised” its sponsorship regulations to permit tie-ups with “gambling entities.” The Tour said gambling firms are now eligible to become Official Marketing Partners (OMP) for all six tours it oversees, and individual tournaments and players can pursue their own gambling deals, effective immediately.

However, while “larger casino companies” and daily fantasy sports (DFS) operators are welcome to pursue OMP deals, the same can’t be said for companies doing business in the US whose “primary purpose” is sports betting.

The Tour specifically cited “pure sportsbooks or bookmakers such as William Hill or Bet365” as examples of ineligible companies, although it noted that these types of operators can still pursue golf deals outside the US market.

The Tour cautioned that any new OMP deals “must promote responsible gaming and be consistent with the Tour’s integrity efforts.” The Tour has a relationship with Genius Sports to monitor real-time betting activity for signs of chicanery.

Shortly before the US Supreme Court struck down the federal sports betting ban in May 2018, Tour commissioner Jay Monahan signaled the sport’s willingness to support a legal wagering environment. On Tuesday, Tour VP David Miller said the new sponsorship rules were intended to “drive fan engagement” through the creation of “new golf gaming products that will enhance the in-venue and at-home fan experience.”

The Tour’s new vice-friendly approach also means that players can now adorn their outfits with names and logos of hard liquor products, and broadcasters can also run ads for distillers during golf telecasts. Now that’s sure to enhance the otherwise tedious fan experience that golf currently provides.

NBA INKS AUSSIE DEAL WITH BETEASY
Meanwhile, the National Basketball Association announced Tuesday that BetEasy, the Australian online betting brand of The Stars Group (TSG), had signed on as the NBA’s official wagering partner in Australia.

Terms of the deal weren’t disclosed, but BetEasy will gain access to official NBA data for wagering purposes as well as the right to use NBA trademarks to promote betting offers. In turn, the NBA will promote BetEasy to its Aussie fans. BetEasy CEO Matt Tripp said basketball was the fastest-growing sport for Australian bettors.

BetEasy is majority owned by TSG, which signed its own NBA deal last December for the US market. BetEasy was formed after TSG purchased betting operators CrownBet and William Hill Australia, and the original plan was to operate these assets under the Sportingbet brand until Paddy Power Betfair’s local brand Sportsbet cried foul.