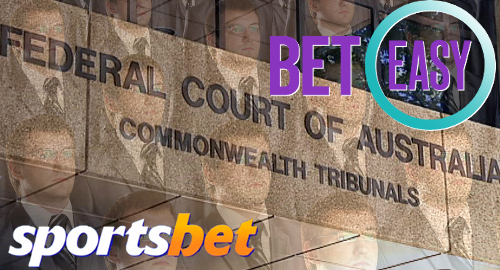 In June, Sportsbet – the down under brand of UK gambling giant Paddy Power Betfair – filed a trademark infringement suit to block rival Crownbet’s plan to rebrand its operations as Sportingbet. In July, a Federal Court granted Sportsbet’s request for a temporary injunction against the proposed rebranding.

On Wednesday, the Sydney Morning Herald reported that Beteasy – the brand that Crownbet ultimately chose as its new moniker in August – had filed a lawsuit asking the Court to cancel the Sportsbet trademark, essentially redirecting that company’s own claim of market confusion back on itself.

If all this has left you confused, here’s a primer: Sportingbet was a standalone betting brand until it was acquired by William Hill in 2013, only to be retired two years later after Hills rebranded all its Aussie operations under its own umbrella.

Hills’ Australian operations were in turn acquired this March by The Stars Group (TSG) and folded into the CrownBet operations that TSG acquired in February. CrownBet was itself a rebrand of Matthew Tripp’s BetEasy after that brand was acquired by Aussie casino operator Crown Resorts in 2015. (Confused? You won’t be… after this episode of Soap!)

Anyway, BetEasy’s legal filing claims that there were a number of wagering brands doing business in Australia using “trademarks comprising the worlds ‘sport’ and ‘bet,’ or derivations of those words.” BetEasy further argues that, since many of these trademarks predate PPB’s Sportsbet brand, including Sportingbet and TAB Sportsbet, PPB’s Sportsbet should never have been granted its trademark in the first place.

As such, BetEasy argues that if the Court agrees that the co-existence of Sportsbet/Sportingbet would cause consumer confusion, then the only solution is to cancel all the similar trademarks, including Sportsbet.

PPB’s Sportsbet filed papers with the court copping to the fact that betting operators “have in the past operated in the Australian market” with very similar names but nonetheless claimed BetEasy’s filing wasn’t sporting (sorry) and rejected the possibility that a trademark office might consider revoking the Sportsbet mark.

Honestly, and people wonder why Calvin Ayre chose to brand his former online gambling empire with a wholly made up word (Bodog) that didn’t mean anything to anyone … yet.