BetEasy officially rebrands as CrownBet, ready to do battle with foreign firms 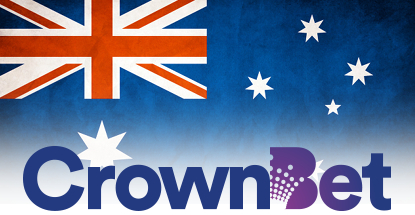 Australian online betting operator BetEasy has officially rebranded as CrownBet after hooking up with casino operator Crown Resorts in December.

BetEasy had a short shelf life, having been rebranded from Betezy last year. Matthew Tripp, who founded Sportsbet before selling out to Irish betting operator Paddy Power for $115m, acquired Betezy last March for $10m once his non-compete clause expired. BetEasy had its official launch in September but within weeks Crown came sniffing and the two parties eventually formed a joint venture, two-thirds of which is held by Crown, while Tripp remains CEO.

The CrownBet.com.au website is essentially the old BetEasy site with new branding and color scheme. In a statement accompanying the launch, Tripp said the new CrownBet operation would enjoy synergies with the Crown Signature Club rewards program. Online punters can earn reward points that can be redeemed at Crown’s land-based facilities.

Tripp had previously referred to BetEasy as “last Australian operator on the shelf” and Crown boss James Packer said CrownBet had been “built to operate as a world-class Australian-owned business that will compete strongly with the largely foreign-owned competitors in our wagering industry.” This marks the first extension of the Crown brand into the online betting sphere, although the company controlled the down under operations of betting exchange Betfair.

In other Crown news, the company is raising $400m to fund various expansion projects, including the $2b VIP-focused Crown Sydney casino-hotel and a new hotel tower at Crown Perth. Some $50m of that sum will come from Packer’s private investment company Consolidated Press Holdings, which is tapping a loan from investment bank UBS to pay for securities that are a combination of debt and equity.