Sportingbet to make a comeback in latest CrownBet rebranding move 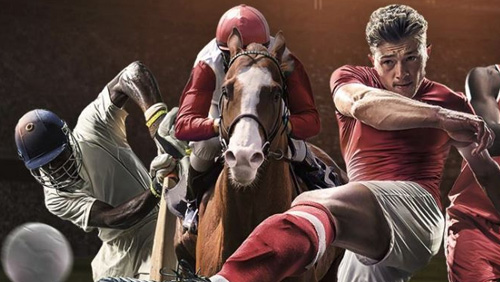 Australian Financial Review reported that CrownBet has asked the Australian Securities Exchange in a filing this week to reserve the Sportingbet Pty. Ltd. name, a move that many observers believe signals the start of the company’s rebranding plans.

Sportingbet had been a popular sport betting brand name in Australia before British bookmaker William Hill acquired it in 2013 to penetrate the Australian gambling market. However, William Hill replaced the Sportingbet brand, as well as the Centrebet and TomWaterhouse.com brands, when it launched its William Hill Australia operation.

Earlier this year, Hills sold its Australian unit to CrownBet Holdings and a group of shareholders associated with CrownBet founder Matthew Tripp, with an equity value of A$313.7 million ($244 million). The deal made CrownBet the third largest sportsbook in Australia, just behind Tabcorp and Paddy Power Betfair’s local brand Sportsbet.

Weighing in on Crownbet’s decision to rebrand, gaming analysts believed it would have little effect on shoring up revenues for the company as different Australian states have imposed/will impose their respective point-of-consumption taxes (POCT).

South Australia was the first state to impose a 15 percent POCT as the state government believed that it was “important that online gambling operators pay taxes considering that they are generating profits based on betting activities of South Australians.”

Western Australia, the Australian Capital Territory, and Queensland followed in the footsteps of South Australia to slap operators with 15 percent POCT by next year. New South Wales and Victoria will impose a lesser POCT of 10 percent and 8 percent, respectively, on January 1, 2019.

Even if CrownBet decides to rebrand itself, brokerage Macquarie Wealth Management forecast in its latest research that the new taxes would wipe out the company’s profits. It estimated that Crownbet would struggle to break even since the new POCT would take AUD195 million ($147.45 million) off its bottom line.