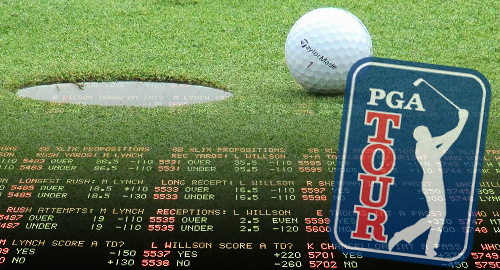 Professional golf’s primary organizing body is rolling out a new gambling policy intended to “protect its competitions from potential outside influences related to gambling.”

On Monday, the PGA Tour announced that a new “more comprehensive” Integrity Program will take effect on January 1, 2018. The stated goal of this program is to “maintain integrity and prevent and mitigate betting-related corruption in PGA Tour competitions.”

The PGA Tour claims to have had “a longstanding policy prohibiting players from betting or related activities at Tour-related events,” but the new program will now apply to “all facets of competition and operations” on the roughly 140 events the Tour oversees around the globe each year.

The program will not only cover pro players but also “their support teams, all tournament staff and volunteers, the entire PGA Tour staff and the PGA Tour Policy Board.”

The Tour has a complicated relationship with gambling, and many of its veteran pros have developed a reputation for betting on every facet of the game. Pros have even been known to call each other out on social media if a private wager goes unpaid for too long.

Then there’s Phil Mickelson, who’s arguably known as much for his betting as his putting. In 2015, Mickelson was fingered as the betting whale known as “P.M.” who transferred nearly $3m to an internationally licensed online sportsbook that featured prominently in a federal indictment.

In late 2015, the Tour warned its players to steer clear of anything to do with daily fantasy sports, although new Commissioner Jay Monahan has suggested he’s trying to keep an “open mind” on the possibility of Tour involvement in DFS.

Like the NFL, pro golf is having difficulty attracting younger viewers, and betting has been tipped as a surefire boost to TV ratings. In April 2016, the Tour was reportedly flirting with sports data companies regarding “potential entry into the online sports gaming category.” As ever, the trick is how to monetize the fact that people are betting on your product without making it look like you’re encouraging betting. And integrity doesn’t come cheap, you know…