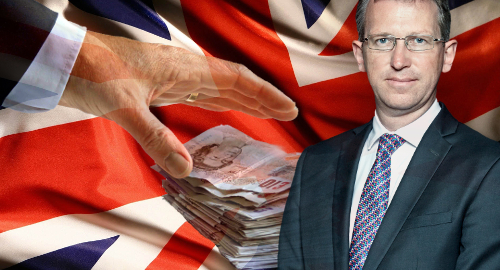 The UK’s largest gambling operators have committed to spending a combined £60m per year by 2023 to fund responsible gambling programs.

The combined commitment would result in funding of roughly £60m per year by 2023, a level that the companies have pledged to maintain going forward. The companies’ plans came after last month’s discussions with the Department for Digital, Culture, Media and Sport (DCMS), which oversees gambling activity in the UK.

Around £6m of this increased funding will be designated for GambleAware, the industry-funded responsible gambling program that has routinely complained about the industry’s failure to meet the previous 0.1% revenue benchmark.

Predictably, news of the funding increase didn’t satisfy Labour Party deputy leader Tom Watson, who repeated his calls for a mandatory levy on gambling operators rather than the “frankly insulting” amounts offered by some licensees. Waton said a voluntary funding model was insufficient to mitigate gambling’s effects on society, suggesting “a full overhaul of the rules and regulations” would be more appropriate.

Wright told parliament that the voluntary contributions “must and will be transparent, including to the [UK Gambling Commission], and if they are not made we will know.” Wright added that the government reserved the right to “pursue a mandatory route to funding if a voluntary one does not prove effective.”