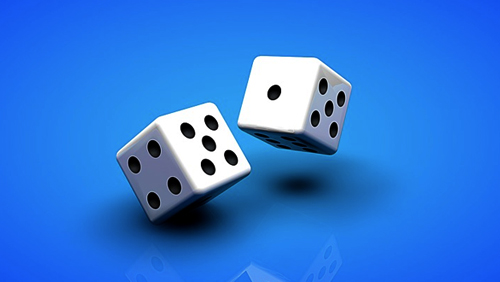 With gambling problems being sharply under the U.K.’s magnifying glass, and particularly those of children, the National Health Service (NHS) recently announced it would be opening an addiction clinic specifically for those youths’ rehabilitation. Many in the government are saying it’s a necessary move for the rehabilitation of the estimated 55,000 children with addiction, one psychoanalyst argues it’s not enough.

Writing an opinion for The Guardian, Anouchka Grouse argues that while the cognitive behavior therapy (CBT) will help these children who have already fallen prey to gambling addictions, but that its merely treating the symptoms of a greater disease. The real solution, she argues, is in fixing the industry that caused these children to become addicts. And she means the gambling industry.

She’s careful to couch her argument, pointing out that not all gamblers are addicts, and lays out many normal healthy ways that the public engages in the activity routinely.

Beyond that though, she carefully points out that those at risk of gambling problems are fulfilling a need that isn’t being satisfied elsewhere. An emotional drive to “buffer certain forms of psychic suffering.” She likens gambling addiction to cutting, and refers to both as a violent outlet of dealing with emotional problems through a physical manifestation.

The gambling industry is to blame, she argues, because it has evolved to be the perfect machine to exploit people with these needs, and has perfected the art of “reeling people in and keeping them there, inventing ever more unputdownable technologies to ensure an endless stream of funds.”

I will argue that to single out the gambling industry as the greatest exploiter of mental health problems is unfair to both the industry and the U.K. regulators charged to keep it in line, ignores other problematic forms of entertainment in our world today, and ignores a more systematic problem in modern society.

Perhaps more than any other country, the U.K. has done more to protect its children from gambling advertising and to have the most professional industry it can possibly have. The Advertising Standards Authority (ASA) regularly punishes operators who come even close to advertising to children, which is about as much as you can hope for a regulator to do.

While gambling might have made leaps in the evolution of keeping eyes glued to screens, other industries have taken those lessons in even more irresponsible directions. YouTube has been the most recent glaring example of this, with a system specifically built to keep you watching one more video, and serving up hateful rhetoric, no matter what you originally wanted. It’s a recipe that’s proven to drive youth towards radicalization.

Finally, getting back to the emotional problems that drive young people to gamble, modern western society has evolved to a place where children are raised by screens, and so advertising, and in this case, gambling, has to be the problem. What we don’t look at is the lack parenting that could steer children away from these emotional problems in the first place, or the lack of investment into emotional IQ by the education systems the children are placed in.

As the western society continues to show more and more cracks from a lack of public investment and care for society, these problems are bound to happen. The gambling industry naturally gets the harshest light put upon it because it has always been an easy target for scorn, while very similar business models go unregulated.

Doing so ignores the monumental effort the industry takes to regulate itself, and that national regulators take to protect their citizenry. It also willfully ignores the bigger problems of society.