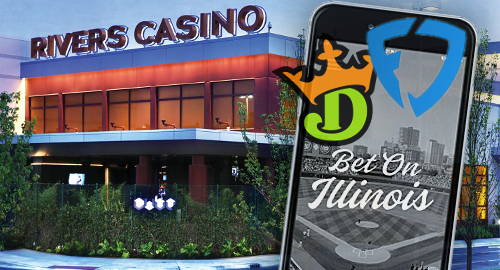 Thursday saw the release of a new video by Bet On Illinois (BOI), a lobby group consisting of DraftKings and the FanDuel Group (an offshoot of UK-listed gaming giant Paddy Power Betfair). BOI’s mission statement is to “bring mobile sports betting to Illinois,” particularly if that mobile betting is offered by DraftKings or FanDuel.

Illinois has been struggling to pass legislation that would legalize betting in their state, but that effort was compromised a couple weeks back when state Rep. Michael Zalewski tacked on some ‘bad actor’ amendments that would require DFS operators to serve a three-year ‘time out’ before acquiring betting licenses.

The ‘bad actor’ amendment is based on the Illinois Attorney General’s late-2015 opinion that DFS was gambling. By extension, firms such as DK and FD that were offering DFS to Illinois residents at the time were breaking the law and must now atone for their sins.

The amendment was reportedly inserted as a nod to Neil Bluhm and his Rush Street Gaming, which holds a minority stake in the state’s Rivers Des Plaines Casino and a fledgling online gambling unit that is active in New Jersey.

BOI’s video (viewable below) specifically targets Rivers, calling it “a casino owned by a billionaire” that is attempting to use its “legal muscle to box out the competition.” The video claims that excluding operators that are “experienced in the digital gaming arena” will lower gaming revenue and the state’s tax revenue along with it.

Legal Sports Report indicated that BOI plans to run its videos across high-profile Illinois television programs for a period of five days at a cost of around $1m.

This week, the Cook County Record pointed out that attempts to exclude the DFS ops could backfire, because a previous AG opinion in 2001 tagged online ‘advance deposit wagering’ (ADW) on horseracing as illegal gambling. The state changed its laws to allow ADW in 2009 but many operators – including Churchill Downs Inc (CDI) – continued to operate ADW during the period that the 2001 opinion was the subject of a court challenge.

CDI now owns a controlling interest in Rivers Casino, and thus the venue could also be forced to serve a sports betting ‘time out’ if the proposed rules regarding ‘illegal gambling’ were observed to the letter.

Illinois legislators have only until May 31 to take a ‘final action’ on their betting legislation – which has also been criticized for its high tax rates and license fees – and the prevailing prognosis for the bill’s passage is skeptical with a touch of dubious.