Home / Business / Trouble ahead for legalized sports gambling in Illinois 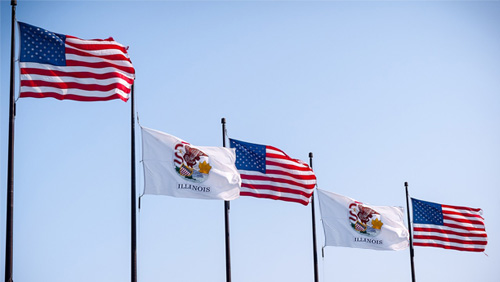 After amendments were added to the bill in April to keep “bad actors” out of the business, two more amendments have now been added by Representative Michael Zalewski. The amendments were designed, in part, to replace five proposed amendments previously discussed by lawmakers, including the bad actor change. However, the result is a bill that is essentially a completely new version and which doesn’t carry much of the original language.

Going forward, what is now House 1260 (H 1260) will be the principle bill for sports gambling legalization in Illinois, replacing H 3308, and Zalewski is now the primary sponsor of the legislation. The lawmaker sought to make a number of changes ahead of a vote on the bill by the House Sales, Amusement and Other Taxes Subcommittee, but his actions resulted in more questions than answers.

Where the changes really stick out are the fees for sports gambling. One of the amendments states that seven brick-and-mortar licenses would be made available at a cost of $15 million each. Online licenses, of which there would be three, would cost $20 million each. Skin licenses are an additional $5 million.

The fees make things even more muddled. There would be a master license fee that would cost $10 million, or 5% of net terminal income, adjusted gross income or total handle, depending on which is higher. Skin licenses cost $5 million each and the addition of another facility—such as a stadium, OTB facility or brick-and-mortar facility—tacks on another $5 million.

In addition, all operators must be prepared to give the state’s taxman 25% of their adjusted sports wager receipts.

If Zalewski’s goal is to force the bill to an early grave, he’s on the right track. The amendments have faced serious resistance and are most likely going to cause the sports gambling discussion to be dropped.