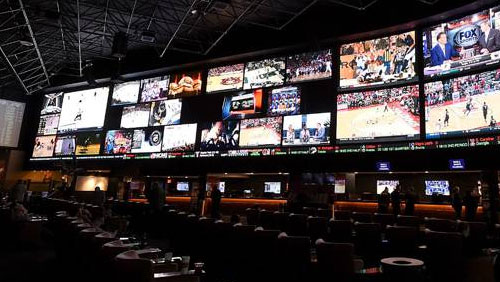 More U.S. states are considering whether to legalize sports betting should the Supreme Court (SC) decide to strike down the Professional and Amateur Sports Protection Act (PASPA).

Though the bill only contains a short title provision at the moment, Lang’s legislation is a testament to the fact that more U.S. states are willing to embrace sports betting if it’s declared legal by the high tribunal.

Last year, Illinois attempted to pass a bill that would have legalized daily fantasy sports and online casinos in the state. Unfortunately, the proposal failed to make it through the Senate.

Meanwhile in Indiana, Republican Rep. Alan Morrison announced that he will be sponsoring legislation that would make sports betting legal—again, assuming the high tribunal strikes down the federal ban.

The Indianapolis Star reported that Morrison will push for the sports betting legislation even if it means starting a conflict with the National Collegiate Athletic Association (NCAA). The NCAA, a staunch anti-betting advocate, has its headquarters located just a mile from the Indiana state capitol.

Morrison hopes that the NCAA will be able to understand that restricting college bets in Indiana will be a “pretty big burden” to put on state’s facilities.

“But it’s also important for the NCAA to understand that the landscape of gaming is changing throughout our country. I think they would hopefully have some understanding that Indiana would have rights just like the other states,” Morrison said, according to the news outlet. “Obviously one of biggest events for sports wagering is March Madness [the NCAA basketball tournament]. If they open it up to all 50 states, there will be gaming facilities in Ohio, in Michigan, in Illinois that are all doing it.”

The push for legal sports betting in the United States received a boost during a hearing in early December after a majority of the Supreme Court justices appeared to agree with New Jersey that PASPA violates the U.S. Constitution’s protection of state’s rights.