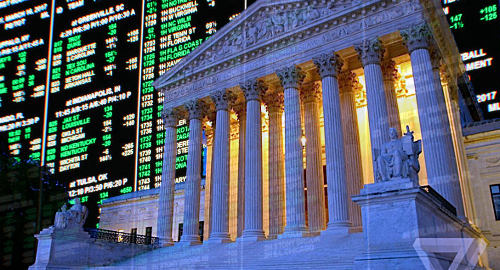 US sports betting fans got an early Christmas present on Friday as the Supreme Court set a December date for New Jersey’s appeal of the nation’s federal betting ban.

On Friday, Washington Post reporter Robert Parnes broke the news that the Court had updated its calendar to include a December 4 date for oral arguments in New Jersey’s appeal of lower court rulings blocking its plans to allow legal sports betting at Atlantic City casinos and state racetracks.

The Court announced in June that it would consider New Jersey’s latest bid to overturn the federal PASPA sports betting ban, it what had seemed until that moment to be a Quixotic multi-year quest that produced no tangible benefit to anyone except the lawyers representing the state and its opponents, North America’s four major pro sports leagues, the NCAA and the US Department of Justice.

New Jersey began its quest for legal betting a decade ago, and the ensuing years have witnessed a marked shift in attitudes towards legal sports betting, both from the general public – a majority of whom now hold a favorable view of the activity – and from some of the more progressive league owners, who sense economic opportunity in them thar sportsbooks.

This week saw the National Hockey League’s newest franchise, the Las Vegas Golden Knights, play their first game. The Knights will be joined in Vegas in a few more years by the National Football League’s Oakland Raiders, and the other major leagues likely won’t be far behind as expansion and/or relocation options present themselves.

On Thursday, former National Basketball Association star Magic Johnson gave a keynote address at the Global Gaming Expo in Las Vegas, the theme of which was the changing narrative of the nexus of sports, gambling and Las Vegas. Johnson declined to offer his personal opinion on legal wagering, but did say the leagues’ former attitude about “the whole thing of betting” was no longer a dealbreaker.

However the oral arguments play out on December 4, the Supreme Court won’t render its verdict until next year, possibly at late as next summer. But US states are already chomping at the bit to collect taxes from legal betting within their borders, and even a negative ruling could spur federal politicians into revising or repealing the betting ban.