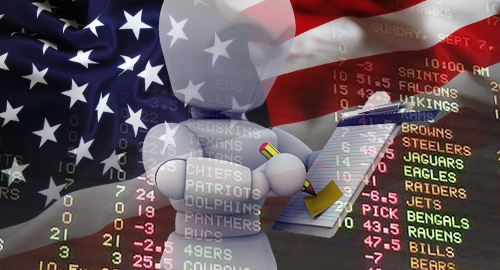 A new national poll finds a majority of US adults in favor of legal sports betting, while over one-fifth of sports fans have placed wagers in the past five years.

On Tuesday, the Washington Post published the results of a new survey in conjunction with the University of Massachusetts Lowell that showed 55% of US adults were in favor of legal sports betting versus just 33% who stated their opposition.

The results of the survey, which involved 1k adults contacted over the week of August 14-21, stand in stark contrast to a Gallup/CNN/USA Today poll conducted in 1993 – one year after the federal PASPA sports betting prohibition took effect – which found just 41% of respondents approved of legal betting versus 56% who stood opposed. Over the same period, those expressing a ‘neutral’ position on the issue rose from 3% to 12%.

The Post claimed this was the first poll that indicated majority support for legal wagering, although a 2014 Seton Hall University survey found similar levels of support (55%) for legal betting. However, a more recent Seton Hall Sports Poll showed support at just 46%, although this still outnumbered those who favored keeping betting illegal (42%).

The new Post poll also asked respondents whether they’d placed a professional sports wager (legal or otherwise) in the past five years, and 21% of sports fans answered in the affirmative. Echoing other polls’ findings, betting participation rose to 35% among so-called ‘avid’ sports fans, while only 13% of ‘casual’ sports fans admitted their wagering ways.

The American Gaming Association (AGA) has a date in Washington with federal politicians on Wednesday, during which the AGA plans to present its arguments for PASPA’s repeal or revision. With the US Supreme Court’s fall session expected to hear arguments in New Jersey’s efforts to overturn PASPA, the clock is ticking on legislators’ ability to get out in front of this issue.