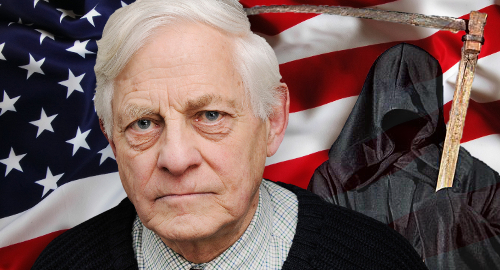 A new poll finds Americans are split on the merits of legalizing sports betting, but those who oppose legalization are more likely to be dead soon.

Thursday saw the release of a new Seton Hall Sports Poll that queried 661 American adults on their agreement with one of two positions: that betting was already happening so might as well legalize the activity and let the government tax it, or, legalization is a bad idea because there’s already too much gambling and sports integrity would suffer.

The results showed 46% of those surveyed favored legalization, while 42% stood opposed. The poll carries a 4% margin of error, so it’s basically a statistical dead heat. However, a Fairleigh Dickinson University poll in 2010 showed 39% in favor and 53% opposed, suggesting a positive trend that could be explained via a glimpse into the age demos behind the numbers.

In other words, given that seven years have passed since that 2010 survey, many of those codgers who were agin’ it in 2010 will have shuffled off this mortal coil, taking their old-fashioned notions of sin with them. Which bodes well for the future, as their vacant spots will continue to be filled by more progressive minds, while any old fogey holdouts can always be turned into Soylent Green.

Interestingly, only 31% of respondents admitted to actually betting on sports, while two-thirds said they hadn’t and a wary 3% refused to answer.

New Jersey is currently waiting to learn if the US Supreme Court will consider its efforts to torpedo the federal PASPA sports betting prohibition but no one seems to know what would happen if the state won its case. Would the feds pass new legislation to regulate sports betting or would it roll out on an state-by-state basis like online gambling?

The Seton Hall poll showed 70% support for state-by-state regulation, while just 21% wanted the feds to get involved. A 2014 Seton Hall poll showed 61% in favor of states’ rights and 29% seeking federal intervention. (Just a hunch, but the decline in federal support since 2014 may reflect the fact the current occupant of the White House is proving incapable of handling anything more complex than his Twitter feed.)

Finally, the poll poked holes in daily fantasy sports operators’ insistence on denying that their business is sports betting in sheep’s clothing. A strong majority (61%) of respondents said DFS was a form of gambling, while just 23% swallowed the operators’ ‘game of skill’ mantra.