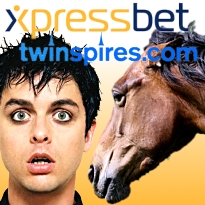 Illinois never seems to do anything the easy way when it comes to gambling. In 2009, Illinois passed a law okaying advance deposit wagering (ADW), i.e. the betting on horse races via online and telephone, as permitted by the federal Interstate Horseracing Act. (The hypocritical approval of online horse bets for domestic operators, while blocking international online gambling operators from serving US punters, was why Antigua was able to prevail in its online gambling trade dispute with the US at the World Trade Organization.) The Illinois ADW law was to expire July 1, 2012, but the Illinois General Assembly authorized a six-month extension to Jan. 1. The question of renewal was supposed to come up again in the most recent legislative session that ended 10 days ago, but the issue apparently died in committee. Lawmakers return to duty in February, but whether ADW will be high on their agenda remains to be seen.

As a result of this inaction, the Illinois Racing Board was unable to renew the four ADW licenses it had granted to betting firms. According to info provided by the Board to the Daily Herald, these four companies – Betfair offshoot TVG, Churchill Downs Inc.’s TwinSpires, Pennsylvania-based XpressBet and local operator BetZotic – handled $122m via Illinois ADW last year. That represents one-fifth of the total in-state handle and provided the state with $1.8m in tax revenue. But while TVG and BetZotic have closed their Illinois ADW offering, TwinSpires and XpressBet appear to be ignoring the Board’s edict by continuing to accept online bets from Illinois bettors. Marc Laino, the Board’s executive director told the Paulick Report that it had been “made clear” to the operators that they were acting illegally, so he was unclear “on what basis they feel it’s permissible to still take wagers.” Um… Solidarity with Antigua?

While Churchill Downs and XpressBet are busy pissing off Illinois regulators, Green Day’s Billie Joe Armstrong is pissing off horses across the USA. TheHorse.com recently published the results of a British study on the effect of certain genres of music on horse behavior. The results, presented at the 2012 International Society for Equitation Science, showed that neither classical nor country music had a dramatic effect on the animals, although country music apparently encouraged the horses to eat more quietly, likely so the sound of their chomping didn’t cause them to miss the subtle nuances of Johnny Paycheck’s Take This Job & Shove It. But both jazz and rock (the latter represented by Green Day) caused the horses to display more signs of stress, such as foot stamping, head tossing, snoring and whinnying. Or maybe they were just headbanging?