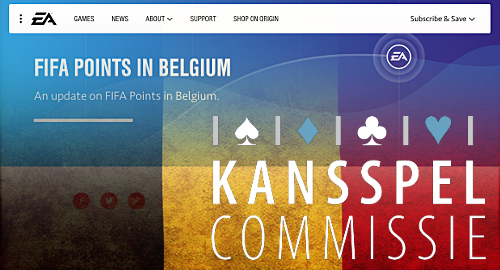 On Wednesday, the Belgian Gaming Commission (BGC) issued a statement saying videogame publisher Electronic Arts (EA) had agreed to “remove the paying loot boxes in the game FIFA.” The BGC went on to say that EA had committed to complying with Belgian gaming laws from this point forward.

Loot boxes contain virtual goods that can allow players to progress more quickly in their respective games. The boxes are offered to players at various stages of game-play, although the contents of the boxes remain a mystery until after the player has submitted payment.

In April 2018, the BGC declared that the random contents of paid loot boxes met the definition of ‘games of chance’ under Belgium’s Gaming & Betting Act. Last September, the BGC launched a probe into EA’s offering of loot boxes in FIFA 18 and submitted the file to the crown prosecutor’s office in Brussels.

Other game publishers agreed to comply with the BGC’s demands, but EA balked at altering its product based on its view that the FIFA game’s loot boxes – known as Ultimate Team packs – weren’t a form of gambling.

EA maintained that players always received a specified number of items per pack and that EA provided no mechanism through which virtual goods could be converted to real-world currency.

However, when EA’s FIFA 19 product made its debut last October, the company included odds on whether a pack might contain an extremely rare virtual item. These odds were a new feature, suggesting EA was starting to read the writing on the wall.

On Wednesday, EA issued its own statement saying it had “decided to stop offering FIFA Points for sale in Belgium” despite finding fault with “Belgian authorities’ interpretation of the law.” The changes are expected to be made to its FIFA console and PC games as of January 31. Belgian players can continue to use any FIFA Points they already have but cannot purchase more.

On Wednesday, Belgian Minister of Justice Koen Greens claimed to be “very pleased” with EA’s acquiescence due to his belief that “mixing gambling and gaming, especially at a young age, is dangerous for mental health.” Plus, now the BGC can get back to targeting actual gambling operators for possible sanctions.