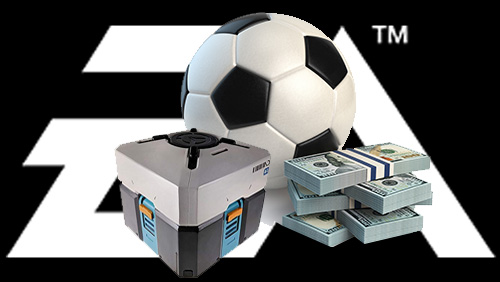 Video games and loot boxes are the topics du jour in a number of countries around the world. While the debate rages on over whether or not loot boxes are gambling, video game publisher Electronic Arts has adamantly held that they aren’t and has even refused to bow to regulatory pressure that could lead to major fines by allowing loot boxes to continue.

However, the company may be easing up on its relentless fight, sort of. It has announced that its latest version of the popular soccer game, FIFA 19, will include information for the loot box odds.

FIFA 19 hit shelves last Friday and, just like the last two versions, didn’t even have time to settle in. Almost as quickly as they were displayed, they were grabbed by hungry fans, waiting to see the updated graphics and soccer action.

The games include FIFA Ultimate Team (FUT) packs—the term used to described Electronic Art’s version of the loot box—using fiat or in-game currency. The FUT packs offer random chances at winning major soccer stars or other items that can help players progress through the game. The FUTs are designed to give players the ability to build the best team imaginable.

However, several FUTs are dubbed Ones to Watch—packs that are extremely rare. For the first time, Electronic Arts included the odds of receiving a One to Watch in FIFA 19 and the odds are longer than Colin Kaepernick’s chances of being elected President of the United States.

According to Electronic Arts, FIFA 19’s Premium Electrum Players Pack (PEPP) carries a price tag of 250 FIFA points, or $2.49. The chances of a PEPP containing a One to Watch are “less than one percent.” In other words, a player would have to spend at least $249 for the mere chance of getting one of the players, and even then there are no guarantees.

It could be that Electronic Arts decided to include the odds as a way to try and appease regulators who assert that loot boxes are gambling. The company is already facing possible prosecution in Belgium over the issue, and other jurisdictions could follow.