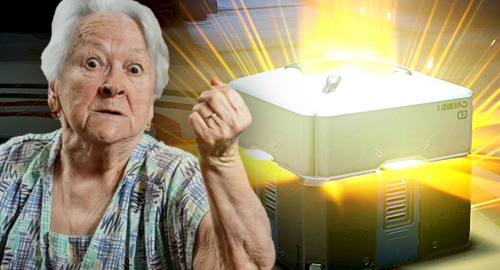 Gambling regulators in 15 European jurisdictions and one US state have issued a joint statement expressing concern over increased gambling activity in video games.

On Monday, gaming regulators in Austria, the Czech Republic, France, Gibraltar, Ireland, the Isle of Man, Jersey, Latvia, Malta, the Netherlands, Norway, Poland, Portugal, Spain, the UK and the US state of Washington issued a joint letter expressing their concerns over “the blurring lines between gambling and gaming.”

The letter singles out two main areas of concern: ‘skin’ betting and loot boxes. The former involves websites that use virtual goods from eSports games as currency for gambling activities, while the latter involves the sale of virtual items hidden inside loot boxes, the contents of which aren’t revealed until after purchase, a process that critics have compared to the online slots play.

The letter also mentions social casino gaming, which mimics real-money play but involves virtual currency, as well as “the use of gambling-themed content in video games available to children.” All of the above contain what regulators describe as “similar characteristics” that prompted them to regulate online gambling in the first place.

The letter’s signatories have committed themselves to working together to “thoroughly analyze the characteristics of video games and social gaming.” This will involve “an informed dialogue” with game designers, publishers and operators, as well as cooperation with consumer protection enforcement authorities, “to ensure the appropriate and efficient implementation of our national laws and regulations.”

It was only last week that Belgium’s reliably cranky gaming regulator – who ironically wasn’t among the new letter’s signatories – announced that it was probing game publisher Electronic Arts for allegedly contravening the country’s view that loot boxes constitute an illegal ‘game of chance’ under the country’s gambling laws.

Recent surveys in the UK have shown decreasing rates of ‘normal’ gambling among youth, but skin betting and social casinos were among the most prevalent forms of underage gambling participation.

The inclusion of the Washington State Gambling Commission as the letter’s token non-European should come as no surprise, as the regulator has taken the most aggressive stateside stance against skin betting, social gaming and, well, just about everything, really.

AUSTRALIA SAYS LOOT BOXES = GAMBLING
Australia also wasn’t among the regulators on Monday’s letter but the same day saw the delivery of a report on a loot box study by the Australian parliament’s Environment and Communications Reference Committee. The gist of the report: “loot boxes are psychologically akin to gambling.”

As summarized by Lexology, the report found “important links” between loot box spending and problem gambling, and thus there was a “serious risk” for loot boxes to cause gambling-related harm. Loot boxes were further described as providing companies with “an unregulated way of exploiting gambling disorders amongst their customers.”

The report recommended that games which include loot boxes carry parental advisories and descriptors that indicate “the presence of in-game gambling content.” The report suggested “serious consideration” be given to restricting games with loot box content to individuals of legal gambling age.