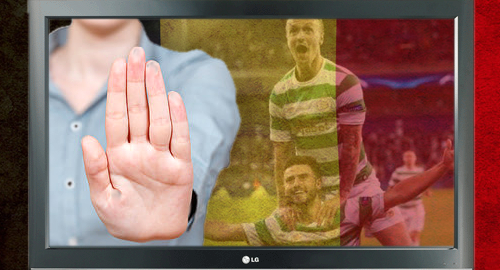 Belgium is pressing forward with new restrictions on gambling advertising, including a blanket ban on gambling promos during live sports broadcasts.

This summer, Belgian Justice Minister Koen Geens hinted that new gambling advertising curbs were in the works. On Friday, Belgian media reported that Geens’ plan had received the approval of the Council of Ministers, putting the new rules another step closer to reality.

Among the new restrictions are a complete ban on gambling advertising during live sports events, regardless of the medium through which these events are broadcast, so no TV, radio, webcasts or extremely dexterous rooftop semaphore antics.

Gambling advertising is also prohibited before the 8pm watershed, although gaming firms will still be allowed to run ads in the brief windows immediately before and after afternoon sports broadcasts, provided these ads include responsible gambling messaging and reminders that legal gambling is subject to age restrictions.

Gambling adverts must also not run during any programming aimed primarily at a youth audience, or within 15 minutes before and after such programs. Gambling firms are also prohibited from advertising on sports equipment of youth sports teams and leagues.

The notoriously strict Belgian Gaming Commission (BGC) is fully behind the proposed crackdown. The BGC issued a statement saying it stands ready to implement Minister Geen’s policy, which it claims will make the gaming sector “more professional.”

Last month, the BGC issued a statement praising online betting operator Dafabet for reaching out to the regulator ahead of a Champions League match between Scottish footballers Celtic FC and Belgian Pro League team R.S.C. Anderlecht. Dafabet’s logo appears on Celtic’s jerseys and the operator wanted to know how not to land in the notoriously unforgiving BGC’s bad books.

Under the BGC’s guidance, Dafabet blocked Belgian players from accessing its multiple web domains, leading the BGC to say it “appreciates the responsibility that Dafabet has taken upon itself to observe the Belgian Gaming and Betting Act, legislation that protects players against unchecked and illegal gambling.”

BETTING SHOPS, GAMING MACHINES GO UNDER THE KNIFE
Geens’ regulatory shakeup also includes new curbs unrelated to advertising. While Belgian law currently allows for a maximum of 1k land-based gambling venues, the proposed changes will see the number of betting shops reduced from its current complement of 684 down to 600. Local councils will also be granted more say in authorizing these venues, as well as determining their hours of operation.

Gaming venues, including bars and cafés, will be limited to four electronic gaming devices per venue. These machines will only accept coins, and play must be initiated through the use of an electronic identity card to ensure age compliance.