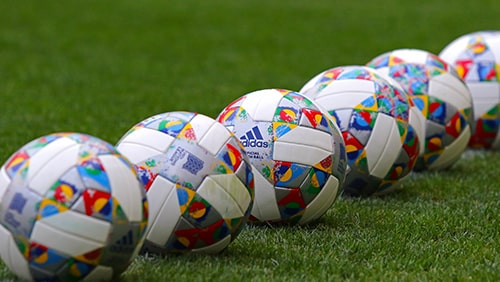 The latest round of Nations League games was vital to each country’s chances of success in the next 12 months, with nations such as France, Spain and England all hoping to add another trophy to their cabinets after a campaign which is taking part in challenging circumstances.

Who did what? Let’s look at those who made the most of the first Nations League game in months and the countries who might wished they’d stayed at home.

An entertaining game brought a near-empty Wembley to life as England came from behind to beat the #1 ranked team in the world in terms of International football.

England vs. Belgium hasn’t always been a classic, but who can forget the 1990 World Cup Round of 16 tie when David Platt’s last-minute of extra time saw Bobby Robson’s men jig their way into the quarter-finals:

The start of the Nations League game saw Belgium take an early lead through a penalty as Romelu Lukaku stepped up to send Jordan Pickford the wrong way. In the middle of the park, Kevin De Bruyne was spraying around devastating passes like no-one else can.

England were perhaps fortunate to get to the half-time break on level terms, a penalty awarded for them after an innocuous challenge on Jordan Henderson was punished by Marcus Rashford MBE. The 22-year-old, who received the MBE in the Queen’s Birthday Honours List, slammed the ball past former Liverpool and Sunderland stopper Simon Mignolet in the Belgian goal.

In the second half, England were much better than they were in the first 45 minutes and after a half of industry and invention, took a late lead through Mason Mount’s speculative shot. Catching a deflection on the way through, the ball looped up off Toby Alderweireld to give England the victory and all three points, but the shot itself may have been top-corner bound before the touch, and England’s second half performance merited the victory, which they held for, even having time to re-introduce Harry Kane to the International fold, as he replaced Dominic Calvert Lewin.

Elsewhere, a drab stalemate played out between the Republic of Ireland and Wales as James McClean saw red late on but Wales failed to capitalize on Irish weakness given five players were omitted from the home line-up due to them having COVID-19 and needing to self-isolate.

There was another goalless draw in Bosnia as visitors Holland managed to shore up without breaking out to score. Finland beat Bulgaria comfortably 2-0, while Norway thrashed Romania 4-0 in Oslo, a win which included a first International hat-trick from Borussia Dortmund’s Erling Braut Haaland.

Croatia managed to edge out Sweden 2-1 thanks to a late with from Andrej Kramaric, while in the day’s late games, Russia and Turkey played out an entertaining 1-1 draw, France and Portugal could muster no goals between them in a 0-0 draw and the same was true of Poland and Italy.

Scotland beat Slovakia 1-0 as Lyndon Dykes scored the only goal of the game for the hosts, while England’s next opponents, Denmark won 3-0 in Iceland to confirm that they’ll be dangerous opponents when they visit Wembley on Wednesday night.