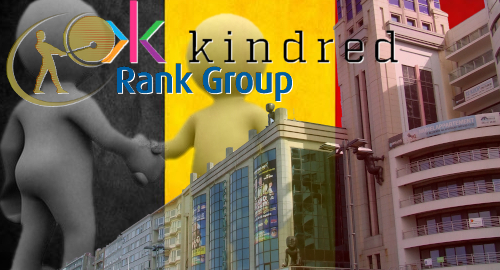 On Thursday, the Stockholm-listed Kindred announced that it had reached a deal with UK-based Rank to pay £25m for Blankenberge Casino-Kursaal (Blancas) NV, which operates Casino Blankenberge in the West Flanders city. Kindred expects the deal to close before the year’s end, pending regulatory approval.

Kindred already has ties to the Blankenberge casino, having partnered with the venue since 2012 on a locally licensed online casino and poker operation under Kindred’s flagship Unibet brand.

Kindred said the acquisition demonstrates the company’s “long-term commitment” to its Belgian online gambling customers, who are now ensured of a “broad offering” at the company’s Belgian-licensed site.  Kindred plans to maintain the casino’s current management team, which is led by Dominique De Wilde.

Belgium has only nine brick-and-mortar casinos, and the Blankenberge venue recently renewed its concession for another 15 years starting in January. The casino generated revenue of roughly €10m and an operating profit of €3m in the 12 months through June 2020. Kindred’s share price enjoyed a modest rise on Thursday’s news while Rank suffered a minor decline.

Rank reported its profits falling by two-thirds in its most recent fiscal year, primarily due to declines in its retail operations. Rank CEO John O’Reilly said Thursday that the Blankenberge venue – Rank’s sole remaining presence in the market after the 2017 sale of its Middlekerke casino – was “non-core to Rank’s international growth plans” and the £25m would support Rank’s liquidity and future growth initiatives.

Belgian casinos were originally shut down on March 18 due to COVID-19 but were allowed to reopen on July 1 under certain restrictions. Earlier this month, the Belgian Gaming Commission announced that casinos would be limited to 40 customers at a time and were required to shut between 11:30pm and 6am.

This week, the BGC announced that all Belgian gambling venues would once again be required to shut down completely on Thursday due to the country’s rising COVID infection rates. This latest shutdown will extend through at least November 19.